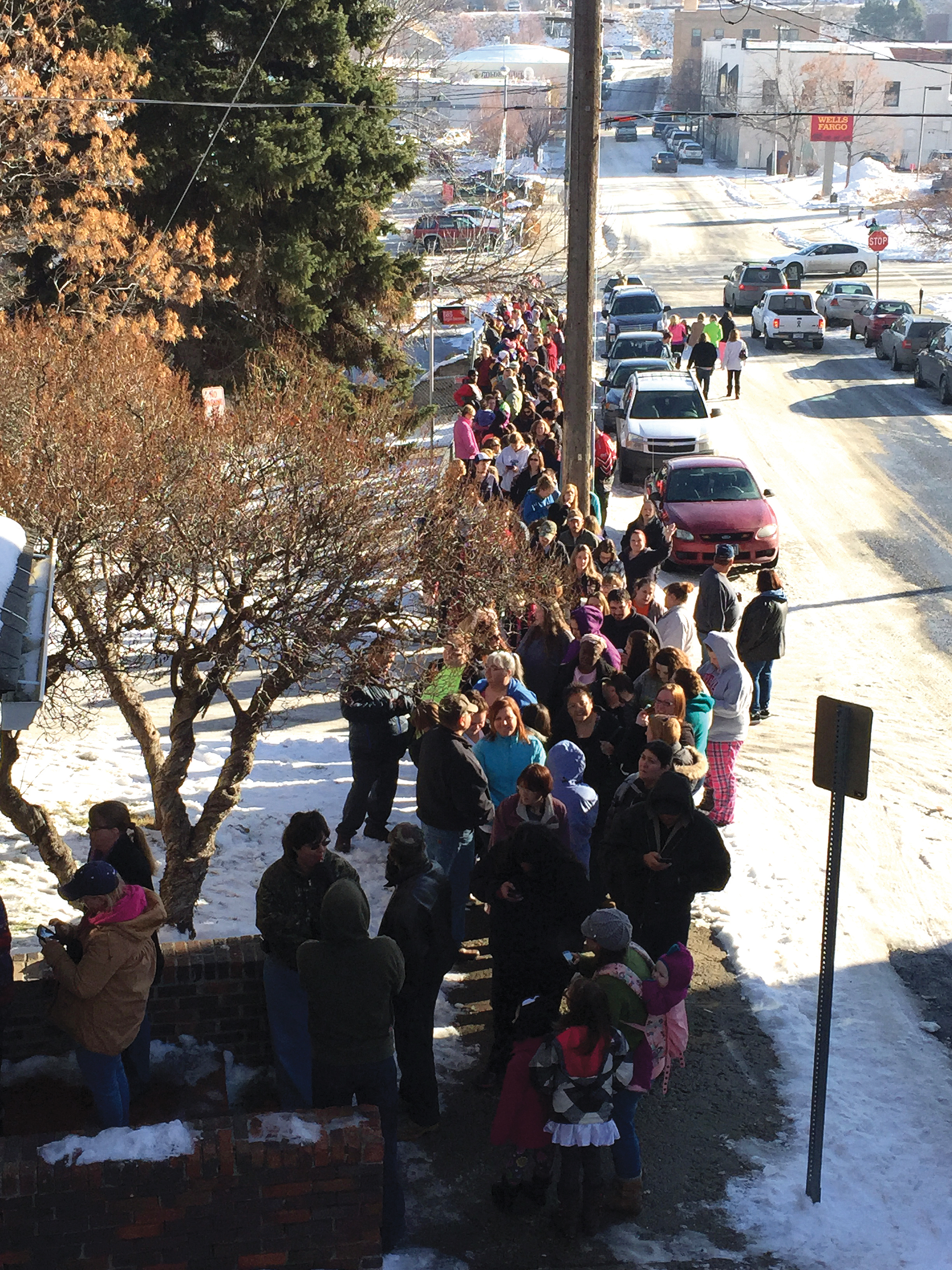 When Headwaters Covenant Church first began worshiping together ten years ago in Helena, Montana, the church offices were located at the local YWCW. That unique setting meant staff became increasingly aware of the needs experienced by women who were transitioning out of homelessness. Specifically, they realized that when residents left the Y to move into their own place, they needed all kinds of essentials—toiletries, household items, hygiene products. So Headwaters partnered with a local nonprofit to create a pantry that operated on the model of a foodbank but gave away goods to help people set up their residence. The congregation donated items, and the pantry distributed them to anyone in need.

When Headwaters moved into their own facility seven years ago, they had space to expand the ministry. They created Headwaters Current, a donation center, and partnered with Good360, a nonprofit that works with corporations to responsibly distribute excess goods to people in need. Through that partnership, two nearby Bed, Bath, and Beyond stores began giving donations to Headwaters.

They received so many goods they decided to host a Christmas giveaway—and more than 500 people showed up. “We realized that obviously the community needs this, so we decided to keep going,” says pastor Seth Domach.

Headwaters Current has offered bimonthly giveaways, hosted large events, and now operates as an on-demand resource center serving individuals on a case-by-case basis. Stores send everything from pillows and bedsheets to comforters and towels. “We can give people everything from coffee pots to humidifiers,” Domach says. Recipients may be shelter residents, survivors of domestic abuse, members of the Helena Indian Alliance, people who were formerly incarcerated, or the elderly. In addition, Headwaters Current provides bedding to nonprofits that house people, such as a home for survivors of domestic abuse, a home for teenaged mothers, and a group teen home.

“In one case a couple’s two grandkids were moving in with them,” says Domach. “They didn’t have anything for children in their house. We were able to deliver a variety of needed items to them.”

They don’t accept used donations, so every item they give away is brand-new. “We want to help give people a sense of dignity as they start a new phase of their lives. We know they need to develop a sense of pride,” Domach says.

The congregation is deeply invested in the ministry. “One retired couple comes whenever there is a shipment to unpack and sort the stuff for us. We also have friends of members who love to come and help out,” says Domach.

The project has served more than 1,000 households in the community of 31,000 residents.