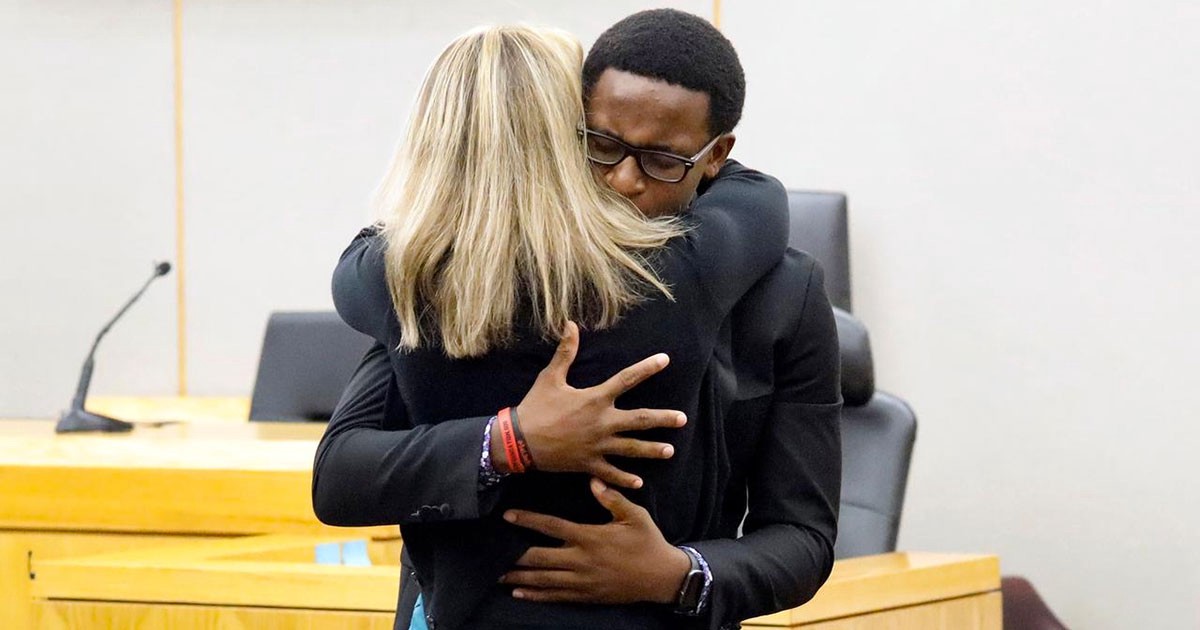 Sometimes, in my mind’s eye, I like to conceive of what I call biblical deleted scenes … moments or vignettes that run parallel to well-known biblical stories but with extra possible details that might not have gotten recorded in the original narrative.

Lately, I’ve been thinking a lot about Jesus’s parable of the Lost Son. I call him the lost son because, well, who says “prodigal” anymore except to refer to this passage?

I wonder what the neighbors would have thought of the whole affair?

In the story, the son who had spent his inheritance wildin’ out and having nothing to show for it finally comes to his senses and returns home. His gracious, loving father announces plans to kill the fattened calf and have a party. So you gotta think that several neighbors must’ve been invited to the party, right?

I know that this story took place in a different culture than 21st century America, but if it would have happened today, I think that some of those neighbors might have had mixed feelings. I mean, don’t get me wrong, I’m sure they were also excited at the boy’s return and grateful that he was home safe, but at the same time, I’d be willing to wager that in the weeks and months afterward, the spectacle of such a respectable father going so far overboard to receive his wayward son…well, it might stick in the craw of some of the other moms and dads. 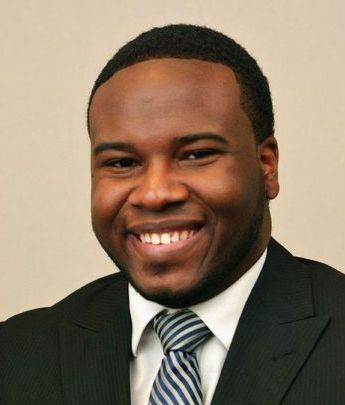 Particularly because – let’s be honest – teenagers can be devious. So I bet several of the missing son’s friends were taking notes that day, mentally planning for the guilt trips they would eventually lay on their parents for not responding graciously enough to their eventual mistakes. I can imagine some of them even practicing their little speeches in the mirror beforehand. Geez, Dad, I didn’t expect you to kill the fattened calf or anything, but I thought you would be more understanding about my accident with the car.

I’ve never raised teenagers myself, but I’ve been around plenty of friends who have, and I can only imagine how steamed my friends would be if their teens were to run that game on them. For some, it might elicit a stern lecture; for others, a filthy tongue lashing.

My point is, it takes a lot of chutzpah to view a singular act of forgiveness of divine proportions and try to somehow angle that into a way to escape accountability for your actions.

And that’s not to say that none of these friends would ever forgive their children for doing something stupid. After all, they are children. Doing dumb things is what they do. And parents forgive; it’s what they do, too.

But forgiveness by default loses its meaning.

So if you’re somehow blessed enough to bear witness to such forgiveness, and your only takeaway is “let’s see how I can turn this into something that will benefit me,” you have so blithely missed the point that it’s barely visible in your rearview mirror.

This is why I had such mixed feelings when I heard about Brandt Jean hugging Amber Guyger, which is the picture at the top of this post.

And I know I was not alone.

My point is, it takes a lot of chutzpah to view a singular act of forgiveness of divine proportions and try to somehow angle that into a way to escape accountability for your actions.

Well, okay… I was kind of alone, because most of the black folks in my social media feed did not have mixed feelings. They were straight up not having it. They reacted to that news like Travis Greene singing at the Trump inauguration.

If you’ve somehow been living under a rock, Amber Guyger is a former Dallas police officer who was charged with murder for the killing of Botham Jean, an unarmed, successful, pious black man who was in his own apartment at the time. Guyger shot and killed him because she mistakenly thought he was an intruder in her apartment instead of an innocent man in his. Two days ago, the news broke that Guyger was found guilty, and a wave of grateful relief spread over my black friends, other people of color, and many of my woke white friends as well.

But then yesterday, we received the news of the sentencing — 10 years, with parole eligibility in five — and there was another round of shaking heads, shrugged shoulders, and vaguely despondent phrases of unsurprised dejection. (Speaking of which, “that’s about white” wins the award for Most Concise Habitual Lament of Racial Injustice.) 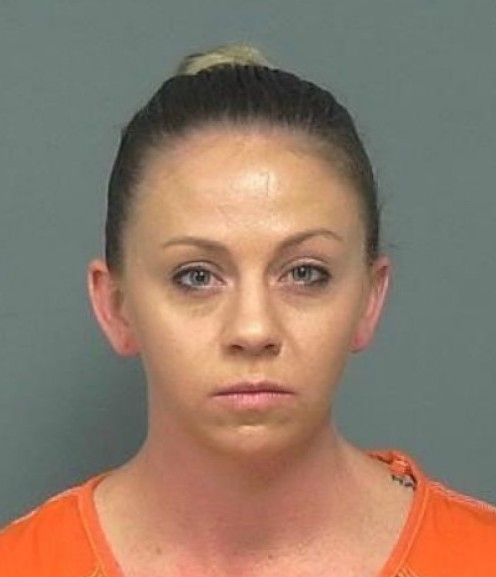 I know she made a mistake, but ten years for taking another man’s life seems awfully lenient, especially for someone who had previously showed such disregard for black life as to joke about MLK dying.

Reasonable people might be able to have a dialogue about that as well as the issues of systemic bias in the justice system against black folks and — just as importantly — for white people.

Reasonable people could disagree about some of the finer points of the flow of the trial, the use of the castle doctrine in rendering the jury verdict, or any number of interesting and important related issues that all touch on the various ways that race, class and prosecutorial immunity for police tend to degrade our criminal justice system.

But a lot of those opportunities for that conversation will be missed because a lot of well-meaning white people (as well as several not-well-meaning ones) will see or hear of Brandt Jean, brother of the deceased Botham Jean, hugging and offering forgiveness to Amber Guyger, and say things like, “See, that guy gets it. Why do black people have to be so angry all the time? Can’t they just forgive and move on?”

I’ve seen it happen so many times, it’s depressing in its predictability.

As a pastor, I would love to talk at length about the transcendent beauty of that moment of forgiveness and the powerful inner strength on display. But in many cases, to do so would be to promote cheap grace.

Experience has taught me to be wary of those who trumpet black forgiveness without advocating for black people.

Such people tend to use those miraculous acts of forgiveness as an opportunity to shut down discussions about racial injustice, primarily because of their intuitive sense that such a conversation would cost them something of value.

Thus, I cannot afford to let Brandt Jean’s act of forgiveness be weaponized into a cudgel of whataboutism and denial by white people too spooked about their own complicity in racism to engage in honest conversation.

Forgiveness is important, but only in the context of a holistic process of restoration that points toward true shalom

That would be a disservice, not only to the black folks who have experienced this with depressing regularity, but also to the white folks who actually need to be free from the delusional myth of American meritocracy. It would be like an oncologist looking at a scan of a malignant growth and saying, “you know what, that’s probably just a glitch, I’m sure you’re fine.” A missed opportunity of tragic proportions.

Forgiveness is important but only in the context of a holistic process of restoration that points toward true shalom, where we care not only about resolving the immediate aftermath of wrongdoing, but we also attend to the root causes and the structural inequities that keep contributing to it. If mercy is the act of pulling a drowning person out of the water, justice begins when you ask the question of how they ended up there in the first place.

So if you are a white, evangelical pastor, and your only takeaway from the saga of Botham Jean is “Wow, what a powerful moment of forgiveness,” then I challenge you to look deeper, engage in some healthy self-reflection, and see what you can do to help make a positive difference in our current racial divide.

And even if you’re a progressive, if you identify more with the typical white liberal, and you find yourself moved by Brandt Jean’s act of forgiveness, that’s good but continue to look deeper into the story and look for your own blind spots in engaging the conversation about race in America. Don’t just use it as an opportunity to bash conservatives.

Because the last time I can remember the nation being so captivated by a young black man’s hug, that young man was Devonte Hart — and we all know how that one turned out.