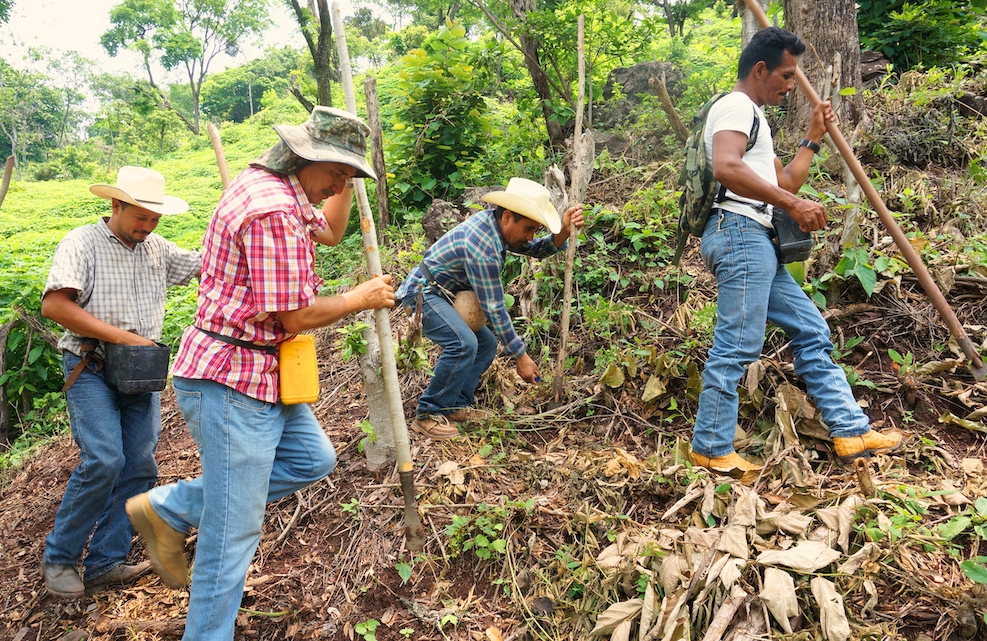 How Are Covenant Partners Taking Steps Toward Restoration in the Face of Climate Change?

Lucy Martin’s 12-year-old daughter climbed sokoria trees to retrieve the leaves, which served as vegetables in the family’s diet. Other families did the same as they competed for the increasingly scarce alternative food source in the West Pokot state of Kenya, where record periods of drought and disastrous government policies have combined to decimate agriculture as well as the ecological and economic systems.

Beginning in the early 2000s, the government encouraged subsistence farmers like Martin to replace their traditional crops of sorghum with corn because the price of the crop was higher and could be used as a source of biofuel, promising a profitable long-term source of income. But it turned out the corn needed more water than sorghum, and weather patterns had been undergoing dramatic change. Wet and dry seasons became increasingly unpredictable. The droughts were lasting longer, and when the rain fell, it wasn’t nearly enough.

In response to the growing crisis, Jitokeze Wamama Wafrika, a non­profit partner of Covenant World Relief (CWR), launched a farmer empowerment program, and they reached out to Martin and other subsistence farmers in the region.

Jitokeze’s approach to develop­ment was different from that of other organizations in the area. “They focused more on building capacity as opposed to giving hand­outs,” Martin says. “I did not like this because I wanted to receive money to feed and educate my children.” 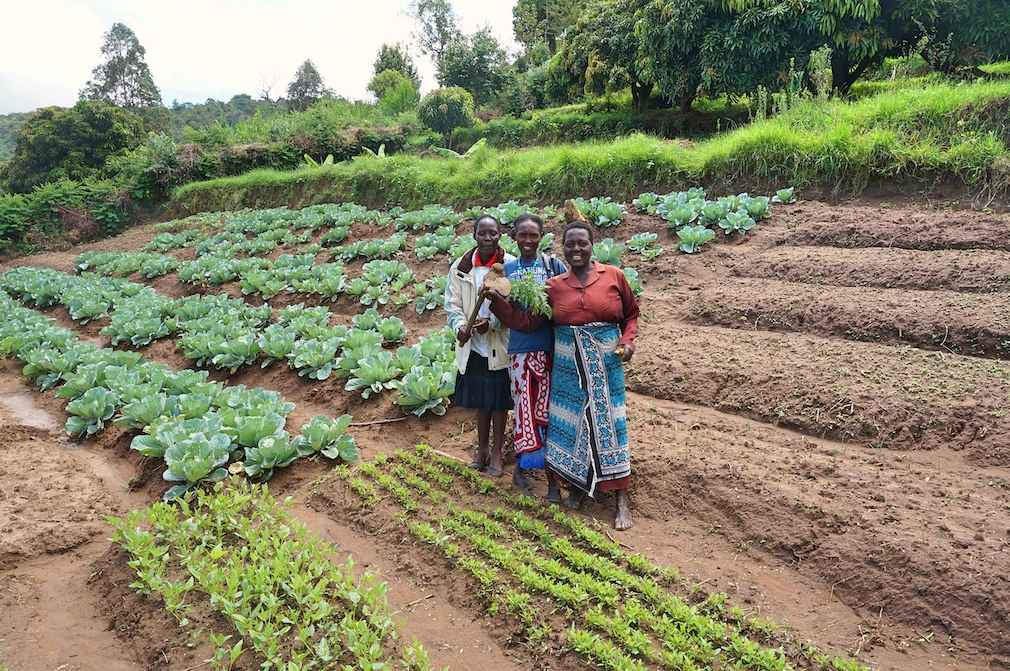 Martin was reluctant to move her family, however, so she enrolled in the program, which taught her to plant more drought-resistant crops, such as sorghum and cowpeas. “Although I practiced in small scale, I am pleased with the results,” she says. “We are no longer competing with others for sokoria leaves. I am also generating income from the sale of some of the cowpeas. To top it all, I have harvested some cowpea seeds which I am planning to plant in another plot!”

Other Christian organiza­tions, such as World Vision, require that their projects improve a com­munity’s resilience.

Failing crops contribute to increased conflict over food and water resources, social and eco­nomic breakdown, and the migra­tion of millions of people within their countries as well as to other nations, say experts that range from local organizations to the U.S. Department of Defense.

Bob Shim, co-regional coordina­tor of Asia for Serve Globally, says the mission priority hasn’t directly addressed the issue of climate. “However, we have always held the responsible stewardship of God’s creation and its natural resources as a high value when engaging in new ministries or projects,” he says. “In Asia, this is reflected in a number of our water and agricultural projects, whether it is teaching the concept of water preservation in communities experiencing drought or promoting organic farming in rural areas.”

Seventy-five percent of the world’s poor live in areas that are dependent on subsistence-level farming and related businesses, according to the World Bank, and it is the poor who are the most susceptible to the shocks of climate change. Not only are their liveli­hoods dependent on the environ­ment, but the areas where they live have been most susceptible to the increased number of disasters that come with worsening severity.

Few if any safety nets exist. “There is no crop insurance or any other government support,” Pini emphasizes.

She says that while climate change doesn’t cause poverty, it accelerates and intensifies the suf­fering. It makes it harder for people to escape poverty.

Failing crops contribute to increased conflict over food and water resources, social and eco­nomic breakdown, and the migra­tion of millions of people within their countries as well as to other nations, say experts that range from local organizations to the U.S. Department of Defense.

In rural communities, secular and religious organizations are promoting climate-smart agricul­ture, or CSA, sometimes called conservation agriculture, or in some areas, “farming God’s way.” CSA has the three-pronged goal of increasing productivity, increasing resilience, and reducing emissions. It is contextualized to each region— CSA in Kenya looks different than in Thailand—but key components often include little or no-till farming as well as better water and fishery management.

Those practices are also helping to bring about reconciliation, Pini says. The intensity and frequency of conflicts among people battling over resources have increased in West Pokot since 2012 and especially the last three years because droughts have become more extreme. One recent project led two tribes that had formerly fought with each other to plant crops together in a shared field and share the harvest. Water management projects have reduced deadly conflict among tribes over water for livestock and irrigation.

The secondary impact of climate change is often experienced in ways that are not immediately obvious, says Jyotirmaya Deep, director of Covenant Social Service, the devel­opment wing of the Hindustani Covenant Church in India.

As a result, Deep says, “Farmers are committing suicide at an alarm­ing rate.” Indian farmers depend upon a yearly cycle of sowing and harvesting, and they retain a portion of the harvested crop as seed for the next year. Droughts and floods interrupt that cycle, forcing farmers to borrow funds. “But in cases where the disasters continue year after year, it leads the farmers to extreme condi­tions of poverty and bankruptcy.” 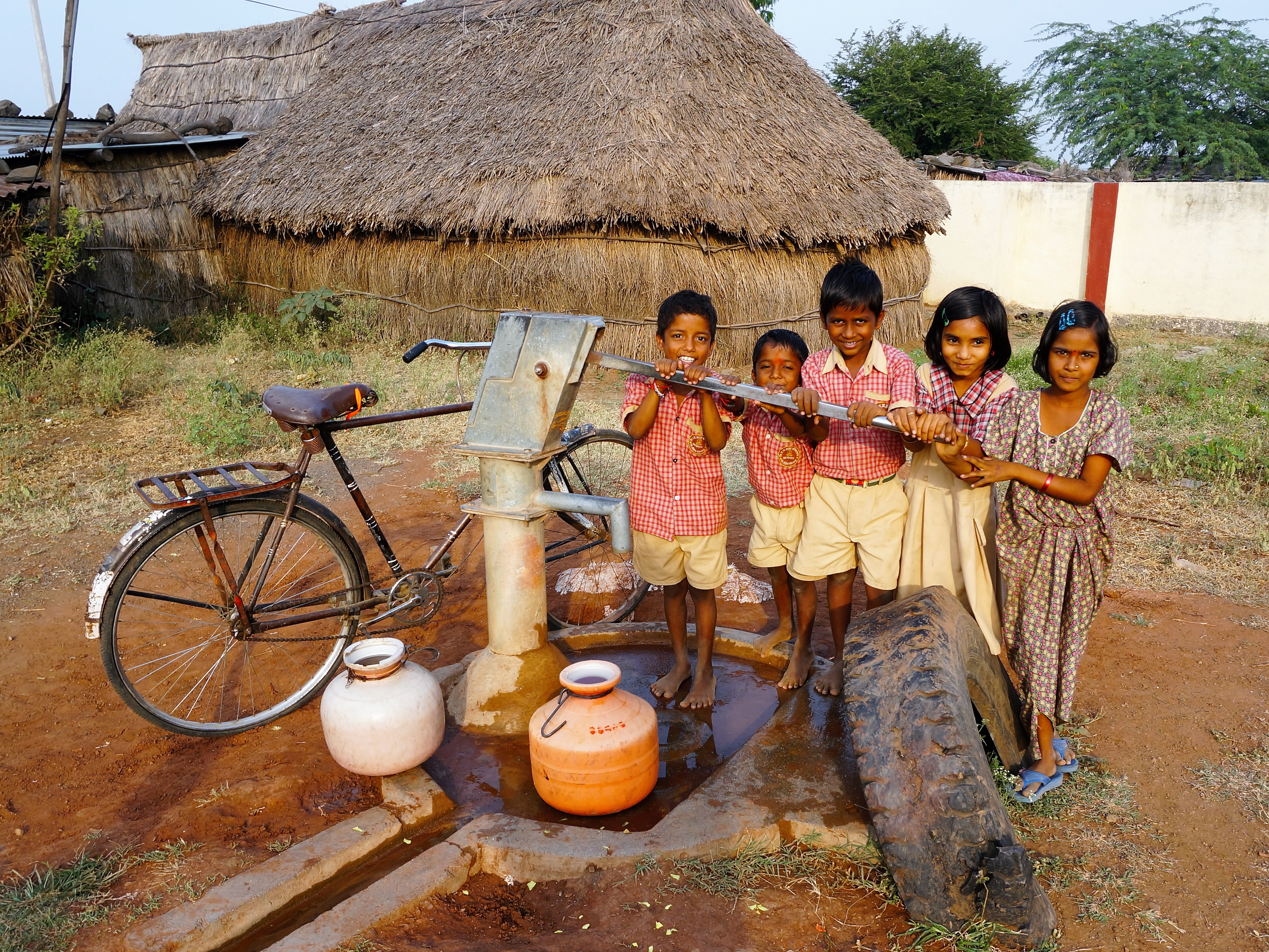 A single water project can transform lives and make it possible for people to stay in the communities.

Covenant Social Service works with farmers to construct dams and irrigation systems. “The projects are raising awareness about climate change and building their capacities on natural resource management and particularly management of water resources,” Deep says. Farmers who once would have been forced from their lands because they had fallen into deep debt or had lost their access to water are now able to sup­port themselves and pay off loans.

Climate change has also been a significant factor contributing to the mass migration from Hondu­ras and other countries, including Ecuador, El Salvador, Guatemala, and Nicaragua. Those countries lie within what came to be known as the “dry corridor” in 2009 when a drought killed more than half the region’s crops.

By employing CSA techniques, farmers are taught to plant fruit trees that are more drought resis­tant, provide shade for other crops, and supply shelter for animals.

One couple in Honduras, Por­firia and her husband, Mercedes, told Husby their lives had turned around since a new water system was installed through Covenant partner Cocepradil, which has a long history of success in leading transformation. The entire commu­nity worked together to install the new system. 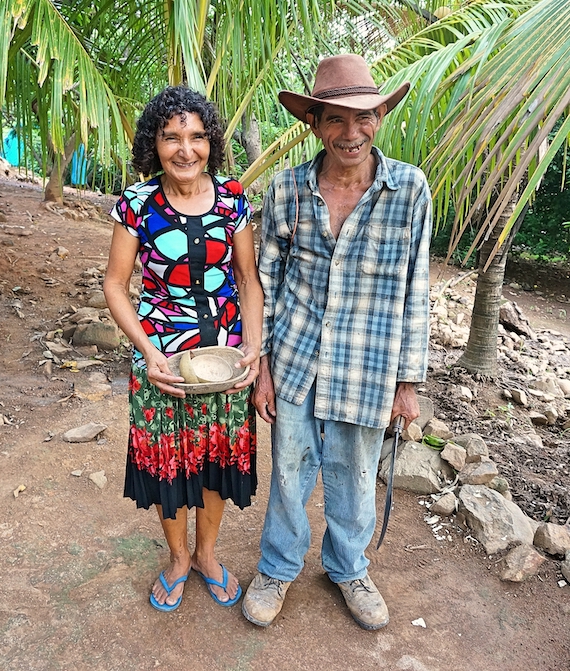 Climate change impacts the poor the hardest, but learning new farming techniques has helped growers like Porforia and her husband, Mercedes.

That has meant Porfiria doesn’t have to fetch water multiple times a day any more. Now she can spend more time working the fam­ily’s small farm with her husband. Regular access to clean water has improved their children’s health.

Experts add that communities must develop economic structures that are not solely dependent on agriculture. Jitokeze, the Hindustani Covenant Church, and other CWR partners initiate and support proj­ects that provide microenterprise loans and businesses to get their goods to markets.

Jitokeze has also recently begun reforesting projects in West Pokot. People living in areas that have suffered prolonged drought resort to cutting down trees for charcoal, which they use or sell. The defor­estation, however, leads to erosion, which increases the number of deadly mudslides and also strips nutrients from the soil. Animals starve due to the loss of vegetation.

Especially in tropical climates, where trees can grow rapidly, entire communities and regions can begin to be restored in just two years. Residents in a region receive income stipends to not cut down the trees while the forest recovers. The reforested regions also become “carbon sinks” that remove carbon dioxide from the air.

No one claims small projects like Jitokeze’s will make a significant impact on climate change by themselves. Partner­ships with national and international organizations are also needed. World Vision, for example, has worked with the World Bank and dozens of African nations to reforest areas with millions of trees. Major disasters make news, and generous people have given millions of dollars for relief efforts led by Covenant World Relief partners.

But experts agree that the small projects are key to helping the poor. Husby and others emphasize the importance of funding work that may seem small but collectively has a worldwide impact.

In the conclusion of the National Association of Evangelicals 2014 report on environmental changes, Loving the Least of These, the authors write, “This is not an issue one person can solve, but together, by God’s grace, we can make a dif­ference. It would be easy to feel overwhelmed. We could throw up our hands in despair. Our faith, however, encourages us to persist: ‘Let us not become weary in doing good, for at the proper time we will reap a harvest if we do not give up’” (Galatians 6:9).