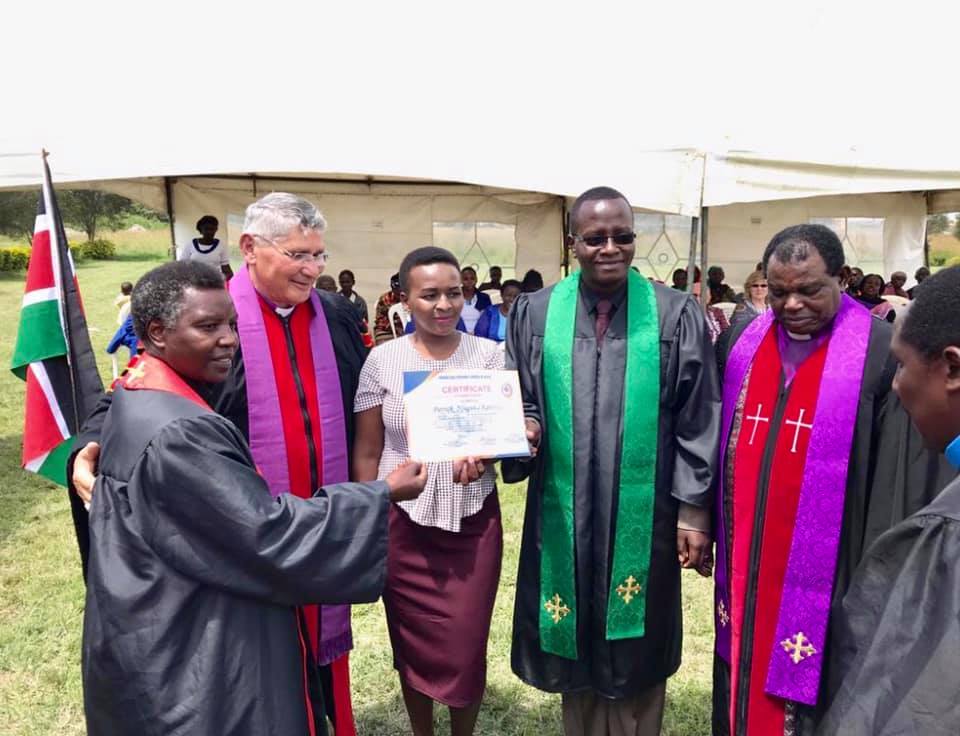 NAKURU, KENYA (September 4, 2019) — The Evangelical Covenant Church of Kenya (ECCK) elected a new moderator and consecrated its first missionary during a gathering that drew people from the United States and other African nations on August 11.

Nashahon Kamau Ngoima is the first pastor to be ordained through the ECCK in its 21-year history. He was then immediately installed as moderator of the denomination, which has 37 churches and seven church plants.

The week prior to the ceremony, the denomination finished reworking its constitution and bylaws, which now require that the moderator be ordained in order to provide additional oversight and strengthen the ECCK’s structure.

“The ordination was a big milestone for the ECCK,” said Simon K. Njorge, chair of the House of Clergy (the equivalent of the ECC Board of Ordered Ministry). Njorge, who lectures in theology and counseling at Africa Nazarene University, is working with other ECCK leaders to establish a theological training center in Kenya to serve students throughout east Africa.

Ed Delgado, president of Centro Hispano de Estudios Teológicos (CHET), participated in the laying on of hands. CHET materials have been used to train many ECCK pastors, including five of the eight current denominational leaders. A second cohort of 15 leaders is going through training, much of which is being taught by members of the first cohort. 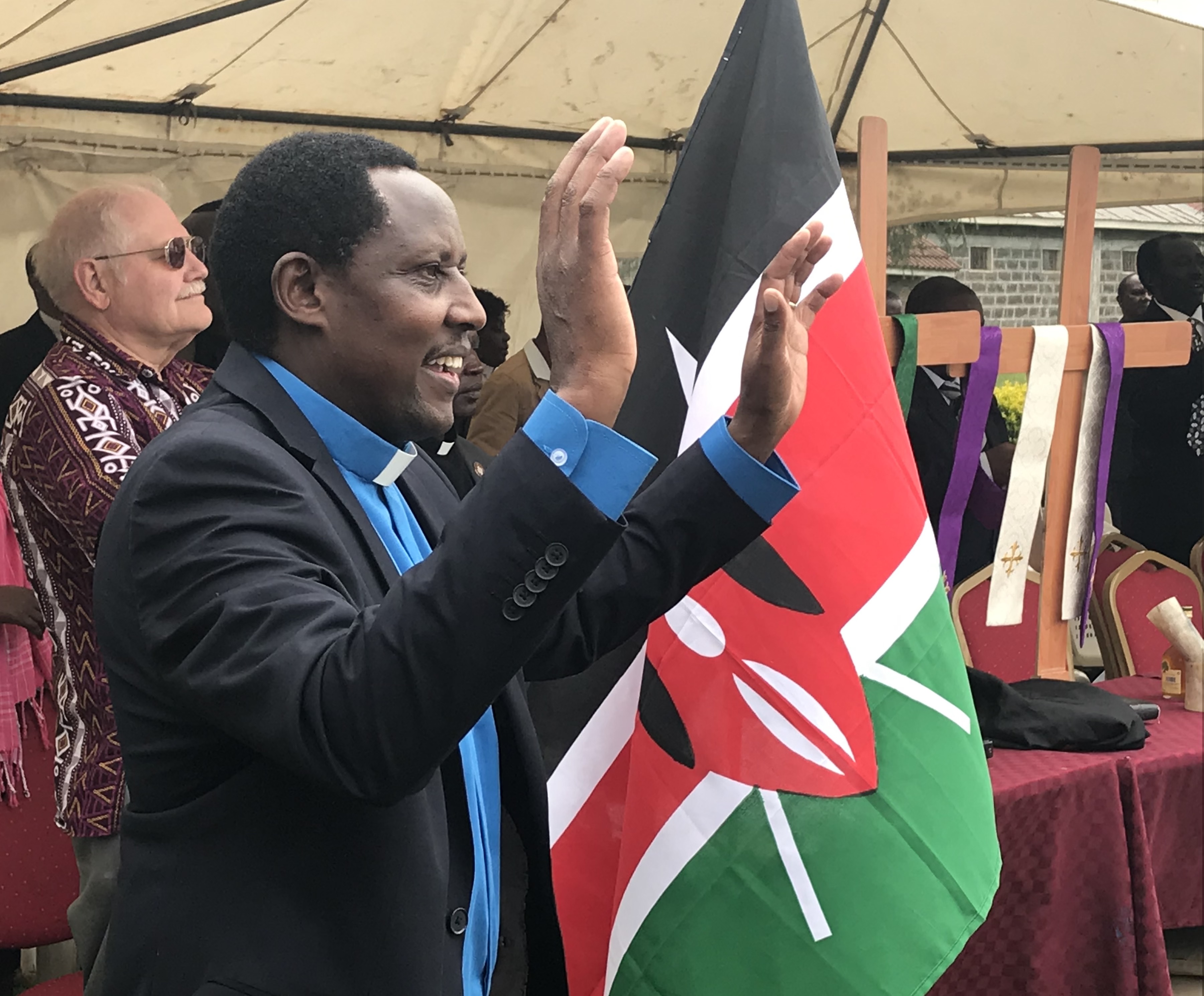 During the service, Patrick Njoroge Karanja was consecrated to missionary service. He plans to plant churches in the remote area of Lokichoko near Kenya’s border with South Sudan in cooperation with the Evangelical Covenant Church of South Sudan and Ethiopia. It is the first coordinated work between the sister denominations.

The gathering also prayed over a Rwandan pastor who will plant Covenant churches in that country and possibly in Burundi. “Who knows, we soon may be seeing ECCK missionaries to the USA and elsewhere,” Delgado said.

Delgado, who lived in Kenya for four years while working with Compassion International, said participating in the service was “one of the high points of my professional career.”

“The leadership is committed,” Delgado said. “They are passionate. They’re equipping and recruiting leaders and planting churches with congregants representing all of the tribes in all of the tribal regions of Kenya.”

The ECCK was birthed in 1998 through Christ Covenant Church, a pan-African congregation pastored by Paul Macharia and Eunice Mungai in Florissant, Missouri. Macharia is originally from Kenya and traveled back to the country to start the first Covenant church there. He has since helped recruit, guide, and assist ECCK leadership.

Those leaders come from diverse backgrounds, including architects, lawyers, and medical professionals.

The event also was attended by representatives from CHET and Covenant congregations Centennial Covenant Church and Imago Cristi, both in Denver, which have helped support the young denomination.