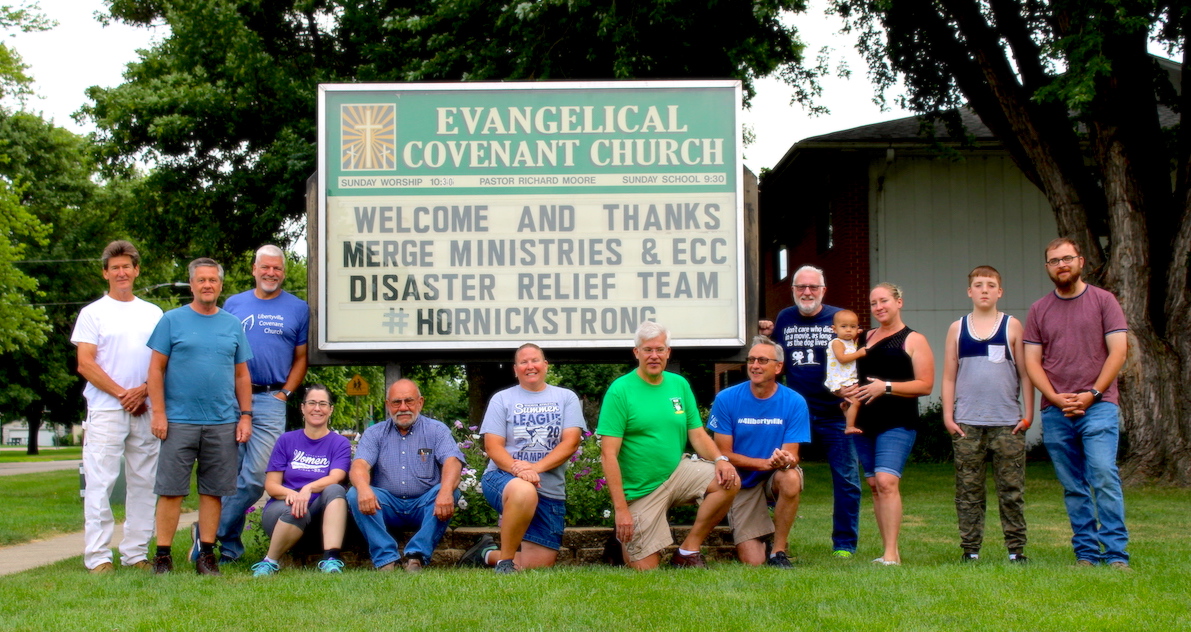 HORNICK, IA (August 29, 2019) – Merge is looking for volunteers to help reconstruct homes in Iowa, Nebraska and Alaska that have been damaged by recent flooding and earthquakes.

Dave Lusk, executive director of Merge, says that teams of skilled workers are a priority, although teams with unskilled workers are welcome to participate as long as they are accompanied by an experienced construction worker to supervise them.

Teams of volunteers will be mudding, taping, framing, painting and replacing drywall. However, there is a possibility that electrical and plumbing work will need to be done.

In Hornick, Iowa, teams of volunteers are working to restore homes that were flooded when a levy north of the town broke in mid-March.

“When it’s off the front page, that’s when the help is needed,” Richard Moore, pastor of the Evangelical Covenant Church in Sloan, Iowa said. The rush of people to help is strong when disasters are making headlines, but once news coverage dies down, projects tend to get forgotten.

“If it wasn’t for crews like the one from Merge, they would be much further behind than they are. People have just been thrilled to be able to have folks come in.”

The disaster reconstruction is likely to continue through the summer of 2020.