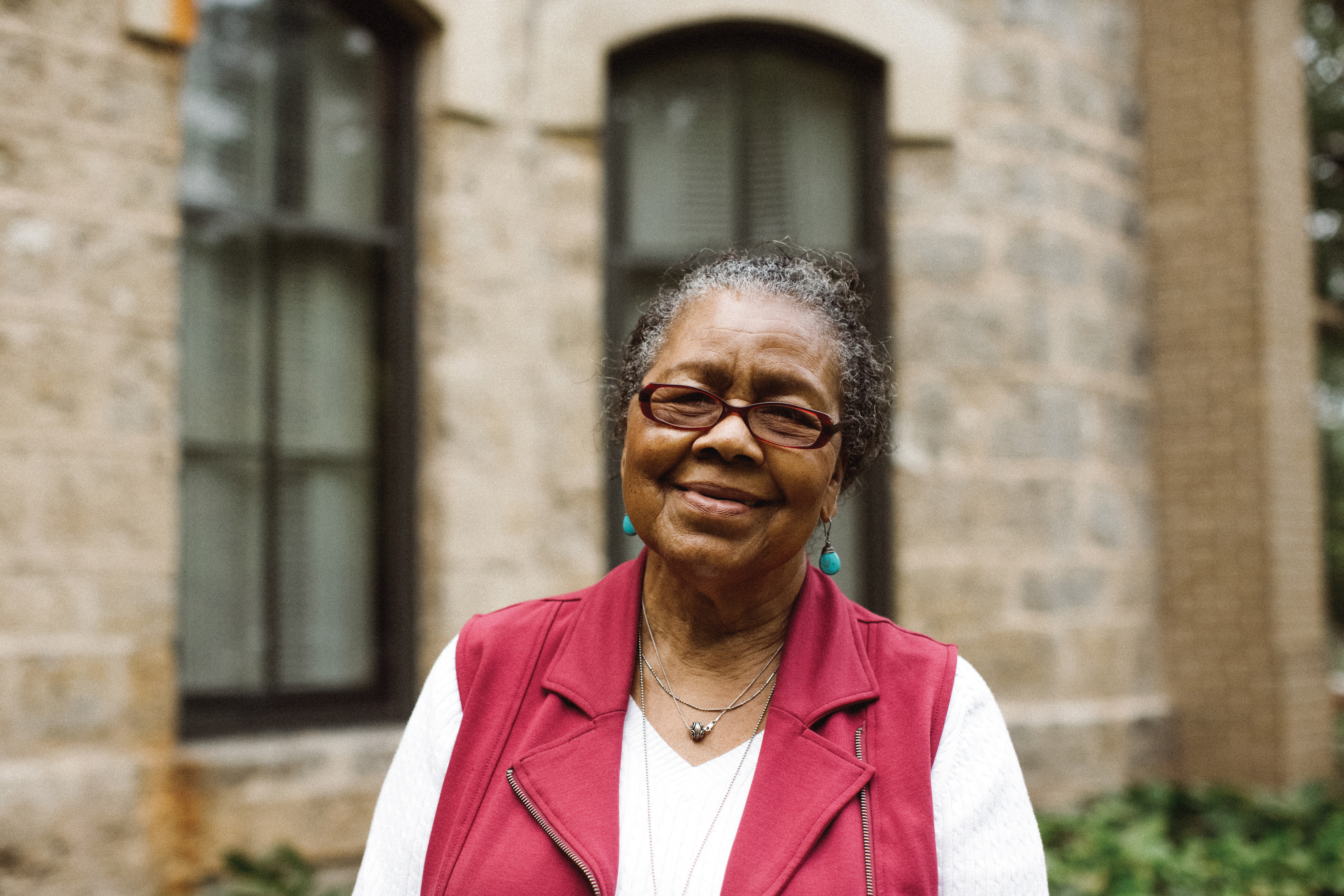 When Joyce Boggess began researching her ancestry, she never expected to find herself face to face with the descendants of the Southern family who once enslaved her family. Now, with a calm resolve, Joyce seeks opportunities to share stories of African American history—her own family’s and those of her hometown, Freeport, Illinois.

A member of Arbor Covenant Church in Madison, Wisconsin, she has written three books on the history of African Americans in Illinois and Mississippi under the pen name Joyce Salter Johnson. She has spent a lifetime studying the genealogy of her family and the history of the communities in which she has lived.

What prompted you to begin researching your genealogy?

Ever since I was a young girl, I wanted to know my family’s history. Who were they? How did they live? I didn’t even know if they were enslaved or free.

I was born in the freedmen settlement of Good Hope, Mississippi, a community built by our emancipated ancestors after the Civil War. When I was 11 years old, our family moved up north to Freeport, Illinois. One block from our new house stood a two-story building—my new, predominately white school. It was my first experience in an integrated school.

I made lifelong friends with classmates who were Greek and Ukrainian immigrants living on the east side of Freeport. Most of them spoke little English, and I spoke very little “Up North.”

The year after we moved, I bought a Brownie Hawkeye camera with S&H Green Stamps I received for my birthday. I wanted to record my family history during summer visits to my grandmother back in Good Hope.

Where did your research lead?

With the help of a genealogist, I was able to trace my family back to my great-great-grandfather, Hardy Salter, who was born enslaved in 1799. He died in 1881.

I wanted to find out more about him, so I researched the family who owned him and confirmed that Hardy was held enslaved in the household of James Salter of Alabama.

In the summer of 2005, when I was 65 years old, I loaded a van with fifteen family members and a small film crew and took a journey back in time. I followed the migration trail of the James Salter family as he moved his family, slaves and all, from South Carolina, Georgia, and Alabama to Neshoba County, Mississippi. There we met Sid Salter—one of the white Salters —and we connected with each other. We witnessed two families—the slave-owning Salters and the Hardy Salter family—distinctly interwoven, illustrating how the idea of family transcends culture, history, and circumstance.

Why did you return to Good Hope, Mississippi, every year to worship in the church of your ancestors as well as in the slaveowners’ church?

Every year, on the first Sunday in August, the Good Hope Freedmen church celebrates “the Revival.” Everyone returns from far and wide to worship with family and to pay homage to departed love ones in the church cemetery. We also visit the cemetery of the white Good Hope church where our enslaved people were buried in the colored cemetery. In 1997, while visiting those graves, we decided to attend the white church service. We were greeted with kindness and Christian love. So each August I attend that church’s early service and then the 11 o’clock service at the Good Hope Baptist Church in the freedmen settlement.

What led you to write books on African American history?

As I began researching my family history, I noticed that a large number of African American men and women had left Good Hope and settled in Freeport during the Great Migration. Curiosity drove me to learn more, and in 1997 I decided to write a book of their stories.

During my research, I uncovered information regarding a bill in the state of Illinois that requires public schools to study the contributions of African Americans and other ethnic groups in their curriculum. I realized that a substantial portion of the history of African Americans in my county was not being taught in classrooms, which meant generations of residents—both black and white—had been taught an inaccurate perspective of the role of African Americans in the county’s history. To correct this omission, two of my books were published by the Stephenson County Historical Society for use in public schools, colleges, and libraries.

What advice would you give someone who is interested in finding out about their own family history?

I think people know this, but it’s important to say. Because of our history of enslavement, tracing family history for African Americans is hard—almost impossible. But if you keep pushing forward, professionals are out there willing to help. And don’t forget to question your elders first as they are the memory keepers.

What do you hope students will take away from your stories?

My book The Freedmen Settlement of Good Hope, Mississippi includes a chapter on violence in Hickory, Mississippi. In my research I discovered that one of my ancestors, Frank Johnson, was lynched because he was a friend of a man suspected of killing a white man. Today my ancestor is memorialized, along with hundreds of others, in the newly opened National Memorial for Peace and Justice Museum in Montgomery, Alabama. I want students to know that all history is important—the good and the not so good family history. If we can get through it and sit down with people of other cultures and ethnicities to wrestle with it, then we can live together. 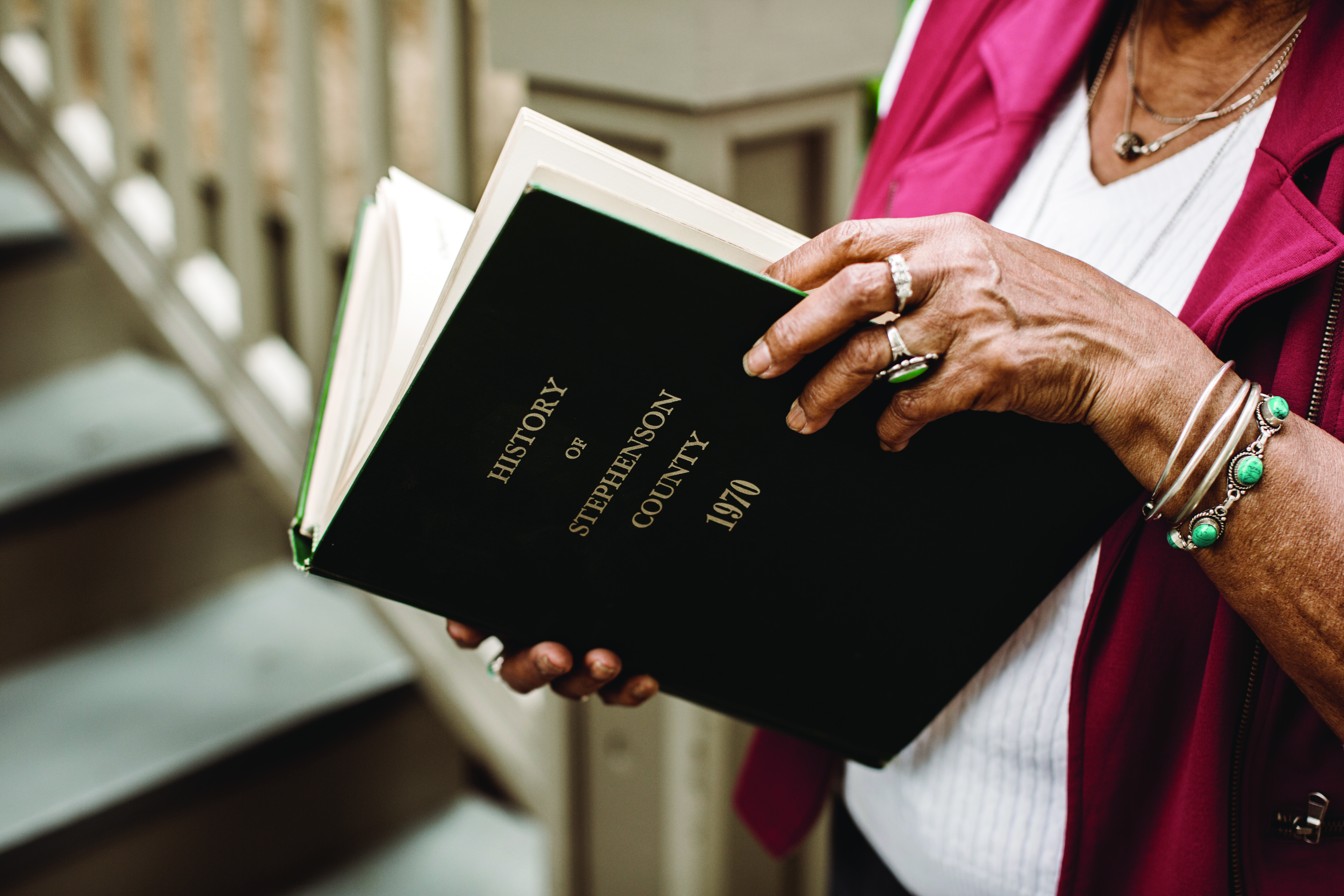 The Freedmen Settlement of Good Hope, Mississippi: The Beginning

Joyce’s story was highlighted in a recent article published by Equal Justice Initiative on the history of racial terror lynchings in the U.S.