A map prepared by Keith Gustafson highlights the distance between where the current outbreak began and the distance from Gemena. 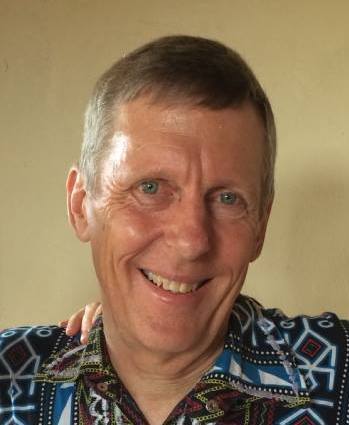 GEMENA, DR CONGO (July 22, 2019) – Although the World Health Organization recently declared an “international health emergency” in response to the latest outbreak of ebola in the Democratic Republic of the Congo, no immediate threat is posed to the region where the Congo Covenant Church (CEUM) ministers, said missionary Pete Ekstrand.

“The disease remains far from the CEUM churches with very difficult roads between the places,” Ekstrand said. “At the same time, we do not take this development lightly.”

As of Friday, the second deadliest ebola epidemic in history had killed more than 1,700 since the disease reemerged in the country’s eastern North Kivu and Ituri provinces last August, according to government officials. The death toll represents two-thirds of those who have contracted the virus.

“Emergency declarations are issued sparingly, reserved for outbreaks that pose a serious threat to public health and could spread to other countries,” Ekstrand said. “They are meant to increase international attention and aid to help stop epidemics.”

Tedros Adhanom Gebreyesus, director-general of the WHO, has said, “The risk of spread outside the region remains low.”

Cases have been slow to spread in high-traffic areas, Ekstrand said. “That says that the health authorities have been doing their jobs very well.”

“Essentially for the rest of the world, the main recommendation is: support DRC and don’t panic,” WHO spokeswoman Margaret Harris said on Friday. “Do not shut borders. Do not put on travel and trade restrictions. Do not panic.”

Ekstrand said missionaries monitor the news and ebola reports regularly and that they are encouraged by the WHO statements that recommend no travel restrictions.

WHO released recommendations for how to continue strengthening community awareness and screenings.