A Conversation with Jemar Tisby

When it comes to reflecting on the deepest of America’s sins—the degradation of human beings based on internalized narratives of racial difference—Jemar Tisby does not allow the church to shrug off its culpability.

With his new book, The Color of Compromise: The Truth about the American Church’s Complicity in Racism (Zondervan), published earlier this year, Tisby identifies both Christian indifference to racism in America and how the church has in fact perpetuated the evil.

“Historically speaking, when faced with the choice between racism and equality, the American church has tended to practice a complicit Christianity rather than a courageous Christianity,” Tisby writes. “They chose comfort over constructive conflict, and in doing so created and maintained a status quo of injustice.”

With a historian’s lens and a pastor’s heart, Tisby unfolds more than 400 years of the American church’s complicity in racism—and reveals how that history includes the race-based violence, unjust policies, explosive rhetoric, and income inequity that still exist in our culture today.

We caught up with Tisby as he navigated an airport, bouncing between a podcast recording at Fuller Theological Seminary in California and a flight home to the Mississippi Delta, where he is a doctoral student at the University of Mississippi, president of the Witness: A Black Christian Collective, and co-host of the Pass the Mic podcast, to talk about racism, the church, and what we as Christians must do. 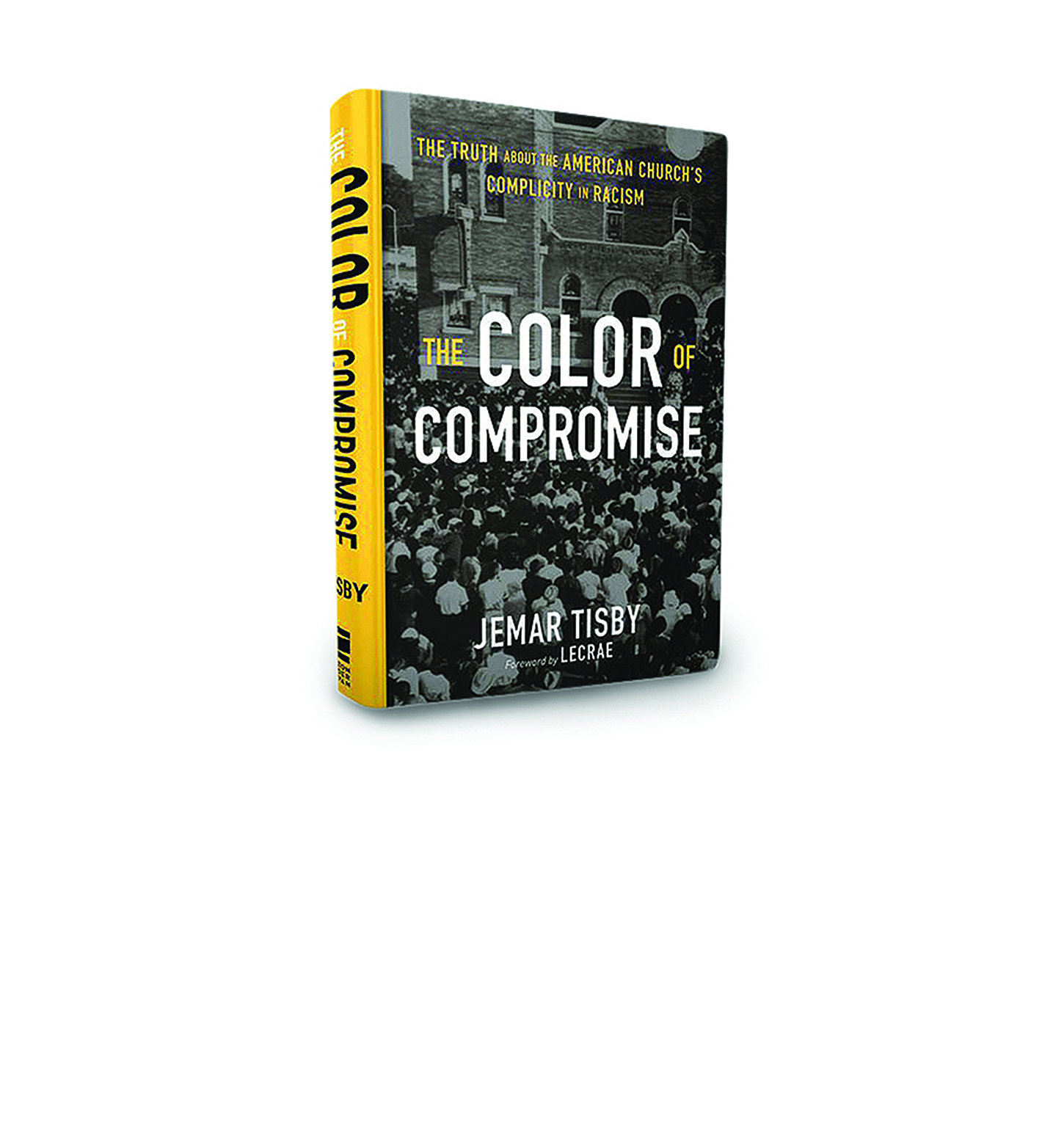 In 2001 when Michael Emerson and Christian Smith published their seminal work on race and the church, Divided by Faith: Evangelical Religion and the Problem of Race in America, it both shook the Christian community and offered Christians a new lens for viewing race. Your book may be similarly fundamental. What overarching vision did you have for The Color of Compromise?

The whole book is a setup to get to the last chapter, “The Fierce Urgency of Now,” which is a quote from Martin Luther King’s “I Have a Dream” speech. What I hoped to accomplish is to prompt Christians to engage in anti-racist activism. The idea is that, given the scope of our history, we need to take immediate steps to move in radical ways toward racial justice. Along the way, I hope the book also sparks conversation. Readers have told me it’s been helpful to see an entire narrative of the church’s complicity in racism—that it isn’t just an isolated event here or there.

Is there a sense of trying to awaken people to the systemic nature of racism, to move beyond the assumption that it’s just a few “bad apple” individuals?

If there’s anything distinctive about evangelicalism in the United States, it’s the level of individualism at the core of our ideology. Partly that stems from our understanding of sin as primarily about personal holiness. We also talk about a personal relationship with Jesus Christ. The emphasis is on personal behaviors. That works against a robust understanding of systemic and institutional manifestations of injustice.

If there is a critical piece missing in the racial justice ethos of evangelicalism, it is the sense of systemic and institutional sin. In the book I’m making an effort to awaken people to the reality that racism functions not merely in individual and interpersonal ways but also systemically and institutionally.

What makes the American church susceptible to this complicity?

On one level, because it’s always been there. In the U.S. context, religion has always been racialized, which I talk about in the chapter on the colonial era. The second reason is because money and power are seductive. The reason white supremacy has had such staying power throughout the years is because it benefits, in certain ways, people who are considered white. There are financial incentives, professional incentives, social and cultural incentives. And people don’t want to give that up. But the deeper reason is that for Christians to admit the depth of racism and white supremacy in Christianity as it has been practiced in the United States would implicate them. There is a very human instinct of self-preservation in terms of reputation. The history of the U.S. church with regard to racism is a very negative and difficult one that many people would rather avoid.

I think churches need to study their own institutional history on race and racism to discover what role they’ve played in perpetuating a racist hierarchy—especially churches that have been around since before the 1970s. Churches need to ask themselves, “Where were we in times of heightened racial tension, especially within our own communities?” If they were silent or passive or even supporting racism, they need to confront that. If you can’t come to grips with what you’ve done in the past, it’s going to be hard to come to grips with what you’re doing in the present, or even to understand your present context.

If a church or denomination wants to become multiethnic, a fundamental reorientation from the center toward the margin is needed. Predominantly white churches are used to thinking of white people. If you want to become multiethnic, you actually have to transition to first thinking about people of color. What serves their needs? How will policies impact them? And that can be really difficult. For predominantly white churches to become truly multiethnic and multicultural requires a dying to self, a dying to their old identity. It’s costly.

How do you engage people in the church in anti-racism in today’s divisive climate? How do we approach racial justice not as a political issue but as core to our theology, as a gospel issue?

I think white Christians who want to be advocates need to engage other white Christians who might be more reluctant to engage those conversations. For people of color it may be more fruitful to empower and support other people on the margins. That means spending less time trying to persuade people who aren’t ready to change their thinking and more time making sure people who are most adversely affected by racism are being served.

That’s what we’re trying to do at the Witness. We had to make a strategic decision that we only have so much time and energy, and as a black Christian collective, we are uniquely equipped to discern and serve the needs of black people. So that’s where we spend our time.

For people of color, this is our lived experience, so we can’t help but engage with racial injustice, both on an individual level and systemically. But in doing racial justice workshops, we’ve heard people say, “It’s too hard. I’m not coming anymore.” How would you urge readers who are asking, “What do I do with this?” How would you encourage them to keep going, keep digging, not to give up? And how do you convince churches to dive more deeply into this?

I start with the Bible. Anyone who follows Jesus will experience persecution. That persecution comes in all forms, but it’s especially painful when you are rejected and despised by people you thought were your allies. That’s going to happen.

The other thing I say is, this is what it means to carry your cross when it comes to racism. The cross is heavy, it’s rough. You’ll get splinters and bleed, your knees will hurt, and your feet will ache. But that is what is required to do justice in a broken world. I often point to the fact that people of color can’t leave these conversations. Until we make further progress, we’re always going to be confronted with them the moment we step outside.

The last thing is, we have to solve these problems together. Ethnic minorities didn’t create the problem of racism. We are often expected to solve it or bear the brunt of solving it. But we need our white brothers and sisters to get in on this, because it can’t change without their active, persistent participation.

One of the main things any church can do, no matter what your church’s racial composition, is contribute money to ministries that are geared toward racial and ethnic minorities. Anyone who owns a nonprofit knows how important financial support is, and because of the history of racism, a lot of black and brown ministries are struggling even more than their white counterparts do. So do something about that.

There’s also plenty to be done at the legislative and policy level. I think there’s a pretty strong case to make that the church should be advocating for the removal of Confederate monuments as well as other similar imagery. That’s something we can do, regardless how big your congregation is or how much money you have or do not have.

If a church staff got together for a retreat, or even just for a couple of hours, and thought about racial justice, they could probably come up with several actions they could take. The real question is, why aren’t churches engaging those action items? It’s a question of willingness, of determination. The most important thing churches who want to get involved in racial justice can do is to actually evaluate their commitment to racial justice. When it gets costly—when it requires money, or changing structures, or upsetting people who we consider friends—that’s when you get a sense of the true commitment to racial justice.