What happens to God’s call to ministry in the face of mental illness?

When I got to the psych hospital, I didn’t plan to stay.

I was 1,000 miles away from home at a weeklong workshop on childhood trauma that I hoped would help me understand some of the current chaos in my personal life. My marriage was in trouble and attending to the relationship as well as raising our four teenagers had taken its toll. Plus, the little congregation I’d planted four years earlier had suffered several traumatic experiences including one suicide, the death of a young parent, drug and alcohol abuse, abusive spouses, and a knife fight. I was, to say the least, worn down.

But three days in, I had a major dissociative episode, which signaled to the therapists and directors running the workshop that I might be suffering from post-traumatic stress disorder. They suggested I check myself in.

I was utterly confused. I didn’t fully understand the gravity of what checking into a level-one psych and trauma hospital entailed. But I followed the advice I received. Nobody told me, because none of us knew, that I would be there two full months. It turned out to be a record for the longest stay they had ever had.

During the intake evaluation I laughed when they asked me if I had superpowers. They asked if I saw people who weren’t in the room and if I thought about hurting myself. The questions became more and more invasive, as layers of my abuse-filled childhood were peeled away by strangers.

While that interrogation was taking place, staff were going through the luggage I’d packed for the workshop.

Nobody warned me they would take my shoes and running shorts because they had shoelaces and a drawstring, or that my knitting needles would be considered contraband. They didn’t tell me the plug was removed from the bathtub for fear I would drown myself, or that somebody would check on me every two hours, day and night. I certainly wasn’t told that the campus was caffeine- and sugar-free (a clear game ender if I’d known).

From this almost total loss of freedom and exposure of my deepest grief came my greatest freedom.

My life became circumscribed by a one-quarter-square-mile campus with guards. My only connection with the rest of the world was an old push-button phone that I was permitted to use only during prescribed hours. Almost every hour of every day was monitored and scheduled—doctor’s appointments, therapist meetings, art therapy, meetings, yoga, brain wave evaluations.

I could not have imagined that I would become so demolished by unbearable feelings of pain, abandonment, neglect, self-loathing, and grief that I couldn’t conceive of a single reason why I wanted to live anymore. When I became a danger to myself, somebody watched me sleep and eat from arm’s length 24 hours a day. I wasn’t even allowed to close the door to the bathroom.

And yet, from this almost total loss of freedom and exposure of my deepest grief came my greatest freedom, second only to salvation itself—I began to feel my own emotions and even more important, finally exposing my deepest vulnerabilities and secrets meant I could begin to heal.

I have mental illness. I have complex PTSD, an anxiety disorder, a major depressive disorder, and dissociative disorder. I can write those terms easily now, but four years ago I choked on them. I didn’t know that beneath the surface of my busy life a frightened child was hiding. I am the victim of sexual, emotional, physical, and mental abuse. The damage I sustained as a child caused my brain to splinter and scar, leaving behind a mind that had sustained so much damage that it became severely ill.

Initially I didn’t want anybody to know I was unwell. I had spent years in pastoral ministry devoted to assisting people with mental illness and developmental delays, advocating for their care and adequate medication. Now I was embarrassed to be counted as one of them. This new reality seemed to dominate my life, and I felt like a lesser person.

It was when I began to tell my story that I began to find freedom from the toxic shame.

Now, after four years of intense trauma treatment and psychiatric care, while I am not exactly friendly with my diagnosis, I accept it. The greatest hurdle I have faced in this journey has been overcoming the shame. I felt ashamed that my mental illness made it necessary to step down from my role as a church planter. The church that I loved and cherished had to close, for which I still feel shame and deep loss. I felt ashamed to go on disability. I felt shame that it takes an arsenal of medication to control my anxiety, lift my depression, and help me sleep.

My shame extended to my body image, cringing at the weight gain caused by the medications. No matter what anybody said about it not being my fault, I felt deeply shameful about the abuse I had sustained. My self-perception that having mental illness was a sign of my weakness rather than an indication of God’s grace slowed down my healing.

It was when I began to tell my story that I began to find freedom from the toxic shame. I started a blog and decided I would not hold back on sharing my story with others. I highlighted not only my illness but also the places where the grace of God had sustained me. Even though I had no readers, I felt naked, vulnerable to the world, and fearful of judgment. Slowly, with the support and encouragement of family and friends, I began to see that sharing stories of where God has held us is a path to healing, not just for me but for everybody.

I am still learning to recognize that my illness does not define me but rather refines who I am every day. The judgment I perceived as coming from others was actually coming from myself—and most days now, I can choose to release it. Suffering from mental illness is a daily phantom pain that others cannot see or understand. But finding support from others and giving myself permission to speak of it relieves the pressure of keeping it bottled.

The more I have opened up, the more the shame has dissolved into gratitude. I am grateful that my dissociative disorder kept the memories of horrific abuse from me until I had the resources and support to truly come to terms with it. This has been a gift to my emotions and soul.

To be forced to take care of oneself
is painful but to choose to do so is a gift.

Fighting for mental stability is still a daily practice for me. Self-care stands center stage. I am intense about getting enough sleep and exercise. I yoga, journal, and attend therapy regularly. Time to create, pray, meditate, and care for myself once seemed a luxury. Now all of those activities are an everyday necessity. After four years of relative calm and significantly less opportunity to focus on the needs of others, I can now point at previously masked hurts and pain in my life and say, “This is where it hurts.” I can see the possibility of healing. To be forced to take care of oneself is painful but to choose to do so is a gift.

I will always have mental illness. I have come to terms with my chronic diagnosis. I can now go out in public without caving and cringing. I have good days and bad days—without despairing that the bad days will be the end of me. My pain, while it takes me to the edge, does not often go the distance of making me feel like the world would be better off without me in it. The toxicity of shame is lifting, and I can recognize that I can’t own the role others played in causing profound damage to me.

I was 14 years old when I first felt the call to ministry. At 17, I began serving a small Korean congregation as their youth pastor. Two years later, I left that role to join a church planting team in North Seattle. I’ve been in ministry ever since.

Now in my mid-40s, I struggled to conceive of a world where I am not a pastor. To close a church I had planned for, prayed for, cherished, and loved to the best of my ability has been heartbreaking. Even more heartbreaking is the idea that I may never return to the work that I loved, to that deeply embedded part of my identity. My mental health may not ever allow that possibility. Even writing that sentence brings the pain of that loss back to the surface. To consider a different career or future seems a betrayal of my call.

Yet I know I cannot run scared anymore. I choose to pray and to coax new life from the ashes of shame as I share my story and listen to others share theirs. 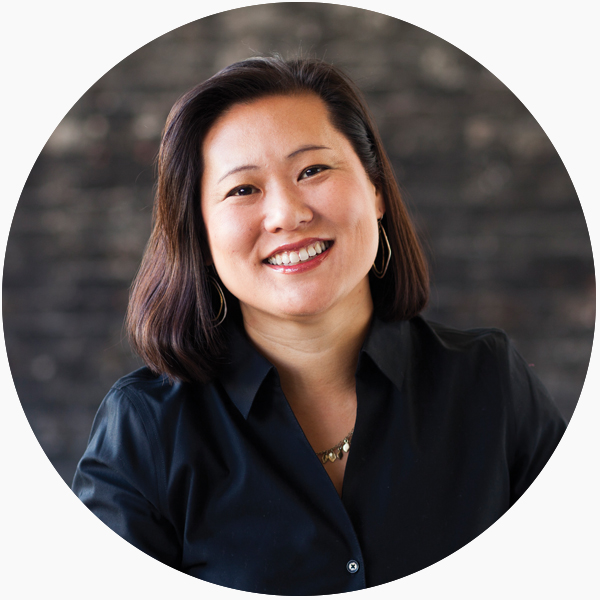