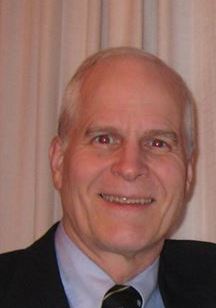 He was born March 1, 1951, to Franklin and Margaret Lindquist. He was raised in what was then Zaire, where his parents served as Covenant missionaries from 1951 to 1970.

He earned a bachelor’s degree from Wheaton College and graduated from Rush Medical College. He attended North Park Theological Seminary for missions orientation.

Kurt married Linda Uthoff on August 6, 1983. They served as medical missionaries in Congo from 1986 until they were evacuated in 1997 during a civil war. He committed his life to teach African doctors and nurses surgical techniques and served as medical director for the Covenant’s work.

After the Lindquists returned to the United States, Kurt completed specialty training in vascular surgery at Providence Medical Center in Seattle, Washington, in 1998. Over the next 20 years, he served veterans and trained surgical residents at the VA Medical Center in Fargo.

They Lindquists continued to serve the people of Congo as medical ambassadors with the Paul Carlson Partnership and returned to the country twice to train local medical personnel.

Survivors include his wife and two sons, Jonathon and Daniel.

A funeral service will be held at 10 a.m. Saturday, June 22, at Salem Evangelical Free Church in Moorehead, Minnesota. Memorials may be sent to Paul Carlson Partnership for medical and development work.