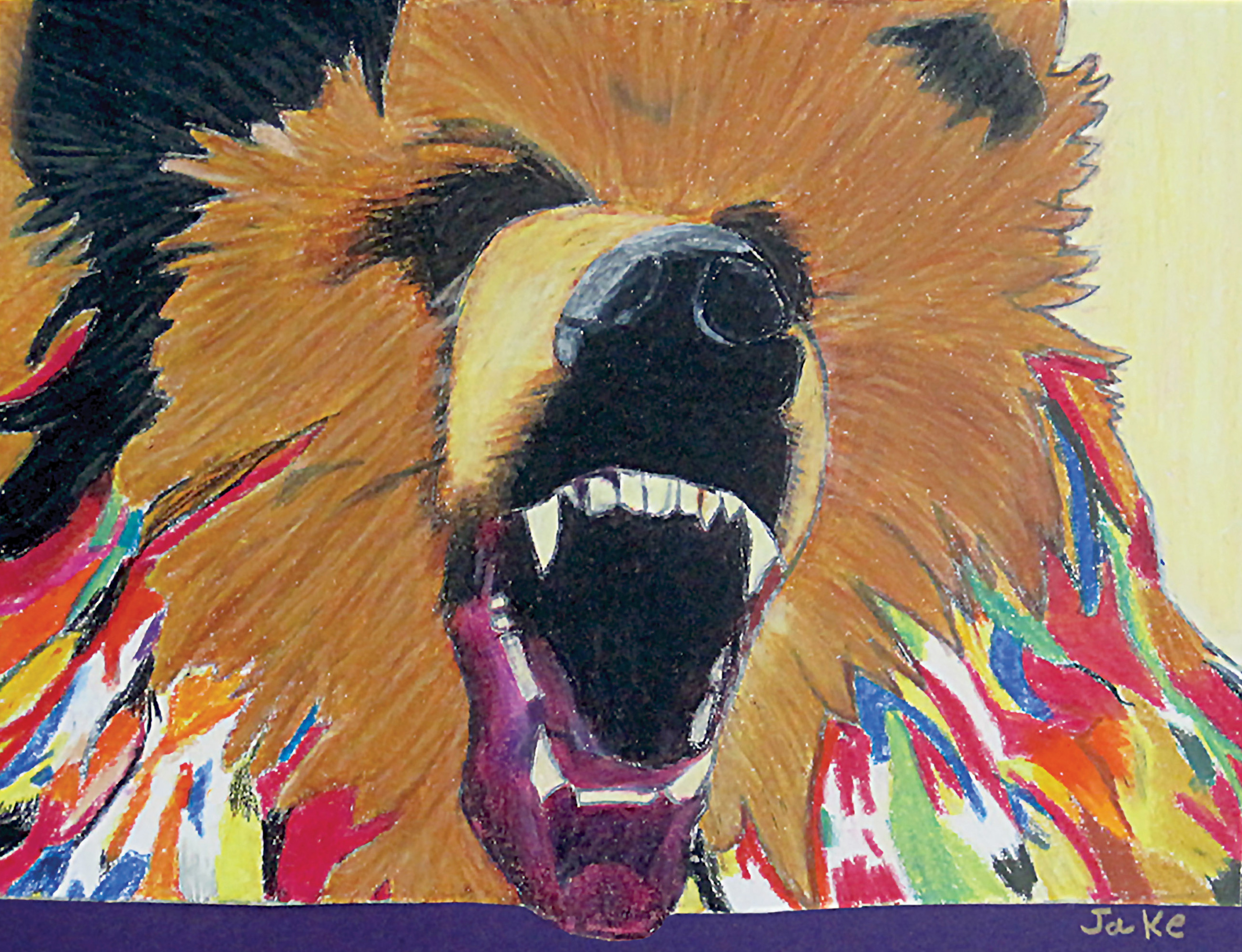 A story of friendship, courage, and God’s provision

Tom Therrien, Justin Reid, and Brad had hiked there together on previous trips. Todd Green was joining them for the first time—and his friends teased him about two of his packing choices.

One was the tarp he had brought. Usually campers use tarps that are green, brown, or camouflage so as not to attract attention. But his was white. The second was his camera equipment. Each man carried a 60-pound backpack, and his friends told Todd that his large bag would be too heavy. But he works as a photographer and decided to bring it anyway.

By 1 p.m. on the first day, the group had hiked for four hours and reached about 9,500 feet. The air was thin and they decided to rest. Brad was eager to get to the campsite beside Granite Lake, which he figured was no more than half an hour away. Although experienced hikers know that going solo can be dangerous, he started off on his own. On impulse, he grabbed Todd’s camera bag even though Todd had resisted earlier offers to help carry it.

After hiking about 100 yards, Brad reached the top of a steep incline and was startled by a sudden sound. Just 30 yards away, two grizzlies were charging straight toward him.

Among the top ten strongest of all land animals, an average adult grizzly weighs 600 pounds, with claws that extend two to four inches; however, they rarely attack humans, according to biologists. Since 1980, more than 100 million people have visited Yellowstone National Park, which borders Shoshone National Forest. In that time, only 38 people have suffered injuries from bear attacks, and since that park was established in 1872, there have been only eight deaths.

Yet hikers prepare for possible encounters by carrying bear pepper spray, which has been found to ward off an attack more than 90 percent of the time, according to a study in The Journal of Wildlife Management. They also know what to do in case of an attack. On its website the National Park Service instructs hikers who are attacked by black bears to “try to escape to a secure place such as a car or building,” or if that is not possible, to “fight back using any object available.” For brown or grizzly bears, the advice is very different: “Leave your pack on and play dead.”

Brad was carrying bear spray, but he couldn’t get the safety cap off as the grizzlies charged, so he threw it at the nearest bear. He missed. “I can still see the image of that spray can flying over the bear’s head and thinking I couldn’t believe I missed at that distance,” he says. 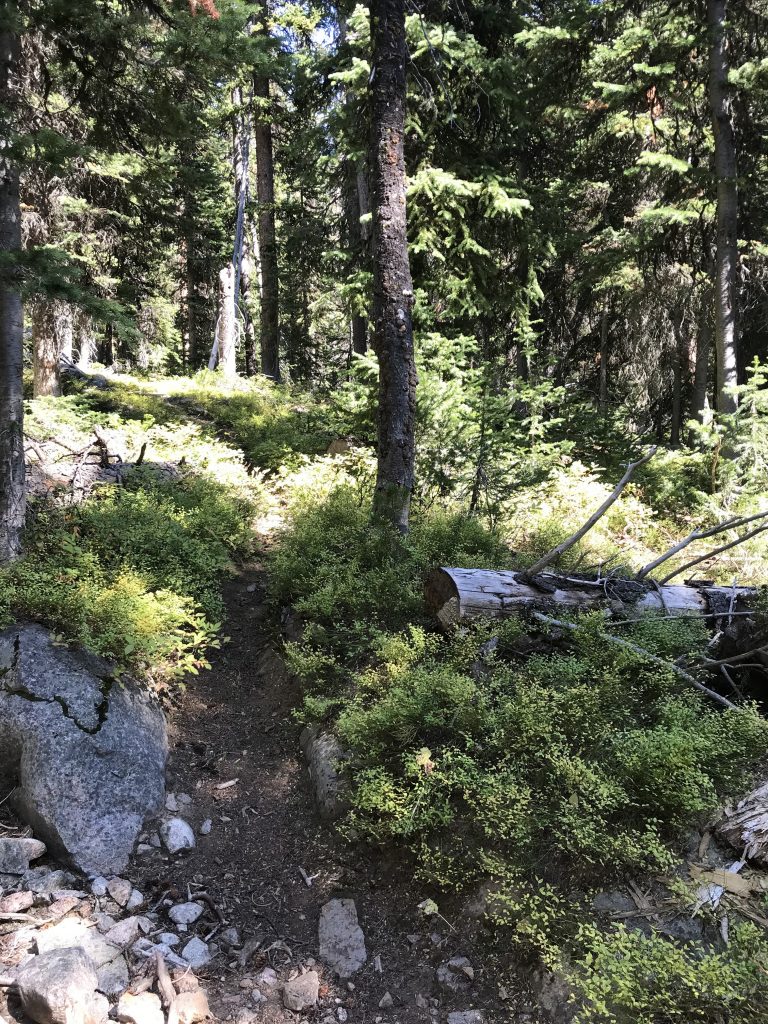 Brad then immediately fell to his stomach. “I always wondered, how do you lie down and play dead when you’re getting ripped apart?” he says.

The bear stopped for a moment and then tore into Brad’s backpack. Fortunately, Brad had packed quickly, and his cooking pot, which normally would have been inside the pack, was on the outside. It covered his head while he was on the ground, and one bear claw pierced the pot. “If I hadn’t been so poor in my packing, that would have been my head,” he says.

Brad, an ear, nose, and throat physician, saw a gush of blood and thought a bear had ripped into an artery. “I thought I was going to bleed out.”

One of the bears attacked again, its teeth tearing into his other shoulder. “The pain was much worse,” Brad says. “It was so sharp and so intense. As it was pulling and crushing, I was screaming again.”

Desperate for the suffering to end, he yelled at the grizzlies, “Just kill me!”

Brad doesn’t remember when the bears left, but as he lay on the ground, he repeated the Twenty-third Psalm to himself. He says he thought of his family and what he would miss doing with them, but he felt comforted that they would be okay. A peace came over him. “I knew my fate was in God’s hands.”

Tom, Justin, and Todd had begun to hike again when they heard the first screams. But the sound was so high-pitched they assumed it was hawks or vultures. On the third scream, they realized it was Brad and started running toward him, which likely scared off the bears.

Justin, the first to reach the scene, found Brad behind a log where he had been thrown by the bears. A captain with the Minneapolis Fire Department, Justin immediately started praying and treating Brad as well as he could, packing gauze into the wounds.

Still convinced that he was going to die, Brad told his friends to record a video on his phone so he could say goodbye to his family. “I said, ‘Miranda, Haley, Ian, Elise, Mom, and Dad, I’ll see you in heaven.’ That’s all I could think of.”

The men had no cellphone signal, and they hadn’t seen another person the whole day. Justin told the other two to run the two miles back down the mountain to get help.

Dehydrated and with their legs cramping, Tom and Todd struggled down the trail blowing a whistle and yelling for help. Tom prayed aloud that they would come across a mountain runner, who could get help. Todd later joked that he had told Tom he was being too specific. Yet within thirty minutes they came across a husband and wife who were hiking up the mountain. The wife was a mountain runner. When they told her what had happened, she started running. At 3:45 p.m. she reached a place where she could get a signal to call the Park County Search and Rescue.

Meanwhile, Justin was able to help Brad move about a quarter mile away from the site of the attack in case the bears came back. Justin made several trips back and forth to the site to retrieve sleeping bags to cover Brad, who was going into shock.

I think we’ve all kind of searched our souls about what are we chasing. Is it just for something today? Or is it something eternal? – Brad Johnson

In the ensuing hours, the two friends prayed together. They say they felt a sense of calm that surprised them both. “All we could do was trust in God,” Justin says.

Justin found a granite outcropping by the lake and set out the white tarp so any rescue helicopters could find them.

At 5:30 p.m. a helicopter spotted the tarp. The pilot later said they could see it from across the broad lake. It took another 30 minutes for them to find a place to land safely.

The pilot, flight nurse, and Justin carried Brad a mile down a steep incline to get to the helicopter. “It was agonizingly exhausting,” Justin recalled. “We would have to stop every 10 to 15 feet and put him down, and we’d all just collapse and then wait a couple of minutes and do it again.”

It took them more than an hour to get Brad to the helicopter. By then it was 7 p.m., nearly six hours since the attack. The helicopter only had room for Brad, so Justin was left behind and stayed hunkered down with the gear. It was too dangerous to walk out by himself, especially in the dark.

Todd and Tom made it to the trailhead around 6:45 p.m.—three hours after the runner, Katie Cervoski, had made it down. They sat with a Wyoming game warden listening on the two-way radio as the rescue unfolded.

It would be five hours before rescuers were able to reach Justin in the dark, and then several more hours to help him get down the mountain. They made it out
at 2:15 a.m.

While Brad was taken to the hospital in Billings a half hour away, a game warden called his wife, Miranda. “I was in shock,” she says. “Who gets a call that their husband has been attacked by a bear?” Friends came to her house. “It’s in times of crisis when you’re reminded how precious your family and friends are.”

After eight days in the hospital, Brad was cleared to fly home. The family wrote on Brad’s CaringBridge page that they were concerned about his ability to travel on a commercial plane. A North Dakota resident heard of their need and flew them back on his private plane.

Brad feared he would never be able to use his arms again. One doctor told him he certainly wouldn’t be able to resume his career. But despite the extensive damage, the bears had not torn any critical nerves or hit a major artery.

A little over two months later, Brad returned to work, but physical limitations keep him from performing most of the procedures he used to do. He has some permanent limitations and numbness in his left arm.

He is thankful to be alive and says he believes God has a purpose. “There were so many things that happened just right that it had to be divine intervention.”

In the succeeding months the four friends have been intentional about strengthening their relationships. They meet for Bible study, do more activities together, and reflect on what happened. “I think we’ve all kind of searched our souls about what are we chasing,” Brad says. “Is it just for something today? Or is it something eternal?”

The group is planning to return to the Shoshone Forest with their families this summer. They don’t want the attack to ruin that place for them. “We’ll go back and hike the same route and rejoice for being alive,” Brad says. “Hopefully we won’t see any more bears.”