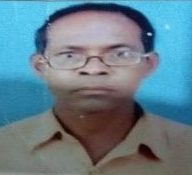 CHOPDA, INDIA (May 22, 2019) — Pastor Nandu Tadokha was praying for his attackers shortly before he died last month.

The 58-year-old Hindustani Covenant Church (HCC) pastor was assaulted April 24 by religious extremists while he was walking home from preaching in one of the 10 villages he served, according to witnesses. Despite suffering severe internal injuries, he was able to walk to a hospital. He died several days later.

“When his treatment was going on in the hospital, even at that time he was praying for his people,” HCC leaders said in a statement. “He was praying for the people who beat and injured him. He was truly reflecting the attitude of Jesus Christ and forgave those people who took away his life.”

Nandu was known as the “barefoot evangelist” and pastor in area villages. He was instrumental in bringing hundreds of people to Christ. Many of them would walk eight to 10 miles each way to church.

He had been warned several times to discontinue preaching, but he refused to be dissuaded.

His attitude toward his attackers has influenced the denomination. “HCC has decided not to hate these people but to love them and start some social development work in this village to show Christ’s love for them and to give peace to Pastor Nandu’s soul,” denominational leaders said.

He is survived by a wife and five daughters.