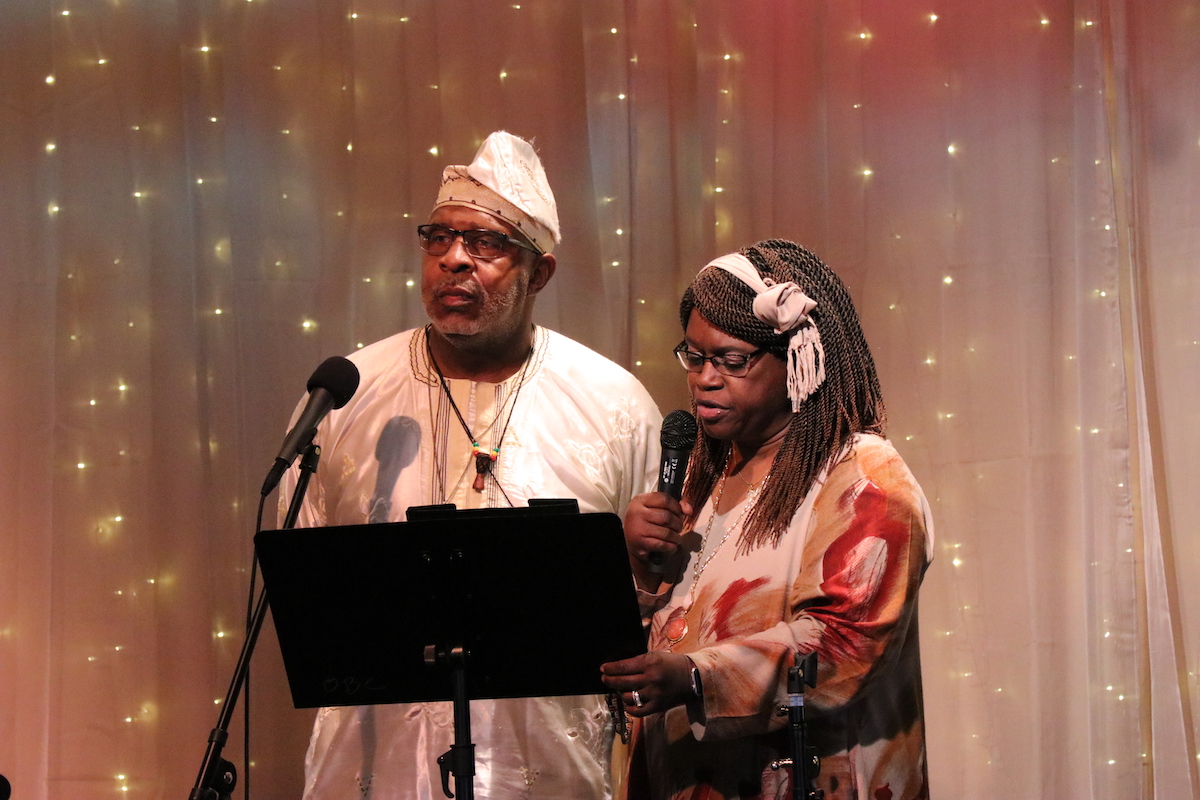 SPOKANE, WA (May 13, 2019) – The ethnically diverse audience was a rarity in this city where 87 percent of the 200,000 residents are white. They had come to the Gathering House Covenant Church and Café to hear poetry, a music trio, and a talk on racial reconciliation as well as celebrate Women’s History Month.

Most of the performers were women of different ethnicities and socioeconomic backgrounds. They celebrated the dignity and contributions of women while also shining a light on forces that have sometimes marginalized them. The diversity of the evening also was evident when a white single father of two girls, rapped a poem by Fred Rogers called “The Mad That You Feel.”

“The evening was refreshingly non-political, and exuded its purpose well in that it was truly a celebration of women and diversity,” says Denise Stripes, a member of the church.

The event was a collaboration between the Gathering House, Bethely Entertainment, and Wilburn and Associates. It was made possible, in large part, by a CovEnterprises Matthew 25 Challenge grant that is helping to fund a series of monthly gatherings designed to bring different ethnic groups together. CovEnterprises is a ministry of Love Mercy Do Justice.

At one recent event Rob Bryceson, pastor of the Gathering House, interviewed church member Asia McLain, who was a key alibi witness in a Baltimore murder case that garnered national attention through the Serial podcast and a four-part HBO documentary.

A major initiative of Love Mercy Do Justice and the Evangelical Covenant Church, CovEnterprises seeks to empower the church to pursue wholistic community and individual transformation.

The grants of up to $2,000 help congregations test a business idea aimed at addressing issues of injustice for the benefit of marginalized and vulnerable populations.

“Our church was awarded the grant because it is partnering with a small African American–owned entertainment company and using the Gathering House to create events that raise awareness, wrestle with issues, and create social harmony through entertainment forms,” Bryceson says.

The church had been partnering with Michael Bethely to hold the events prior to getting the grant, but they had difficulty funding them. “We had ideas and things we wanted to try, but we couldn’t afford to do it,” Bryceson says. The church is using the grant money to pay small stipends to some performers as well as for advertising.

“Without the grant we might have done three or four events,” Bryceson adds. “With the grant we are easily going to do nine or 10.”

The congregation started anew in the Garland District, where most residents live at or below the poverty line, and nearly all of the buildings were constructed before 1940.

They purchased an old 6,300-square-foot beer, candy, and cigarettes grocery store that had an additional 3,500-square-foot undeveloped basement. It was transformed into a space that serves as a coffee shop six days a week and a church on Sunday. They opened at their new site on Easter Sunday 2015.

Street Wise, a nonprofit that teaches job skills, operates the café. Current employees include people who are homeless or are in rehab.

Other community groups, including a homeless coalition, have met at the church.

Bryceson says the congregation had been growing prior to the monthly gatherings and there are discussions about going to double services. “Morale is high, and energy is up,” he adds.

He is surprised by the makeup of the church. “We’re a lot of millennials and senior citizens,” he says. “I don’t know why they are coming together, but it may be because the millennials like the coffeehouse atmosphere, and the seniors like that all of our music is acoustic and doesn’t blast them.”

One attendee is a 92-year-old former member of First Covenant. “He remembers when we sang hymns in Swedish,” Bryceson says. “He’s loving it here.”

Adam Gustine, who leads CovEnterprises, loves it, too.  “The Gathering Place is intensely focused on the neighborhood they are in and working toward cultivating a sense of God’s shalom in the community,” he said.

There are a limited number of grants available, and churches can email coventerprises@covchurch.org  for more information.

Denise Stripes contributed to this article.