At the heart of Christian worship lies the Eucharist. In the sacrament of communion, God offers himself to us in elements drawn from creation. Through these physical elements we remember and participate in God’s self-gift in the life, death, and resurrection of Christ. This is the gospel in sacramental form, a visible sign of an invisible grace. The bread and cup point to the One they communicate, Christ, the bread of life who gives life to the world (John 6:33, 35).

Our visible practice should embody the invisible work of God it proclaims. Yet in many Protestant congregations we receive the blood of Christ in disposable plastic cups. We drink and throw the cups “away,” signaling by sacramental practice our participation in the “throwaway culture” in which we live.

In her book Plastic: A Toxic Love Story, Susan Freinkel cites a 1955 Life magazine feature that celebrated “Throwaway Living.” An online search reveals the accompanying image. A man and woman marvel at a cloud of disposable products—napkins, ashtrays, dog dishes, cups, diapers, baby bibs, and more. The throwaway life anticipated in 1955 is now the air we breathe, and it is expanding exponentially as global population and industry explode. 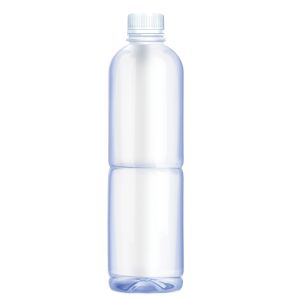 “Nearly a million plastic beverage bottles are
sold every minute around the world.”

Think about each item you put in the trash in the last twenty-four hours or over the last week. How many of those items were designed to be thrown away—food packaging, shampoo bottles, coffee cups or water bottles, napkins, Amazon packaging? What concrete actions would you need to take to avoid creating trash altogether? Could you do it? A brief reflection quickly indicates how extensively our day-to-day lives depend on single-use products.

In his 2015 encyclical “Laudato si’: On Care for Our Common Home,” Pope Francis addresses the entire human family in light of the present ecological crisis. While he recognizes the necessity of technological solutions to environmental problems, he insists that such solutions will be insufficient if they are pursued without attention to the human cultures in which they are embedded. He calls especially for attention to the human roots—and therefore human solutions—of the crisis, reminding us that, “The human environment and the natural environment deteriorate together; we cannot adequately combat environmental degradation unless we attend to causes related to human and social degradation.”

Pope Francis asks us to think about the moral and spiritual impact of our participation in a throwaway culture. How are we formed by the assumption that we can use and discard things according to our convenience, irrespective of the impact on our environment or on distant and future others? Does our daily participation in the consumption and disposal of material goods shape our response to creation? Even to our fellow humans? Francis believes it does: “In the end, a world of exacerbated consumption is at the same time a world which mistreats life in all its forms.” 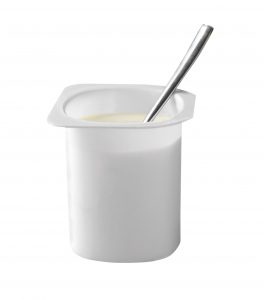 “Unless they have been incinerated,
every plastic toothbrush, straw, and yogurt container I have ever used still exists somewhere.”

As babies, one of the first things each of us had to learn is what psychologists call “object permanence.” At two and three months, we assumed that when someone or something left our sight it ceased to exist. Over time, we learned that the existence of other people and things does not depend on our immediate vision. A throwaway culture fosters a regressive unlearning of this fundamental reality. Our separation from production and waste management tempts us to a collective denial of object permanence. We throw something away and it is gone, as if by magic. Out of sight, out
of mind.

Yet objects do not disappear because they are no longer in our field of vision. Depending on what they are made of, the objects we throw “away” may outlive us by half a millennium. Unless they have been incinerated, every plastic toothbrush, straw, and yogurt container I have ever used still exists somewhere. Likewise, all the plastic communion cups the church has used continue in material existence long after they are hauled away by municipal waste management services.

Single-use plastic takes the problems of throwaway life and ups the ante.

Plastic is unique for its resistance to natural processes of decomposition. This is one reason it can be a beneficial, even revolutionary, material. It would not be possible to send someone to the moon in a wooden space ship. Or as Freinkel writes, “In a world of nearly seven billion souls and counting, we are not going to feed, clothe and house ourselves solely from wood, ore and stone; we need plastics.” But plastics and a throwaway culture make for a destructive combination. A disposable product made of plastic is permanent trash by design. As disposable plastic items are multiplied by those “seven billion souls” and aggregated over time—a million plastic water bottles sold every minute—mismanaged plastic waste becomes an ecological nightmare.

“Shoppers in the United States use
almost one plastic bag per resident per day.

Shoppers in Denmark use
an average of four plastic bags a year.”

Plastic production increased by 20 times between 1964 and 2014, from 15 million to 113 million tons annually. In 2015, nearly half of all plastic ever manufactured had been produced in only the first 15 years of the millennium—and the 2016 rate of production is expected to double by 2036. In 2017 it was estimated that a mere 9 percent of the total 8.3 billion metric tons of manufactured plastic had been recycled. In the case of plastics, even the term “recycle” is somewhat deceptive. Whereas glass and aluminum can be repurposed indefinitely without loss of quality, plastic can only be downcycled a limited number of times, so that recycling a plastic object is simply delaying its inevitable end in a landfill, incinerator, or ocean, 40 percent of the surface of which is now covered in plastic debris.

Trash has long found its way into the ocean, whether directly from boats or indirectly from land sources. While studying in St. Andrews, Scotland, I made a hobby of collecting fragments of beautifully painted ceramic that washed up on the coast of the North Sea—the trash of an earlier century that had been repurposed as ship ballast. Yet historically this waste has been comprised of materials that decompose quickly, such as paper or cardboard, or that sink, unmistaken as food by sea life. Such was my sea pottery. But what happens when this trash is increasingly comprised of plastic—a material that floats, does not decompose, and is ingested by marine life of all kinds?

The Ocean Conservancy estimates that 8 million metric tons of plastic enter our oceans every year. Plastic is on course to outweigh fish by 2050. The pandora’s box of damage our plastic waste has unleashed on marine ecology receives regular news coverage, whether it’s the Great Pacific Garbage Patch or the recent discovery of a dead whale off the coast of the Philippines, its stomach packed rock solid with 88 pounds of plastic.

What does it mean that our sacramental proclamation of Jesus as the life of the world participates materially in this ecology of death? Does our use of disposable communion cups foster an instrumental view of God’s creation and creatures, as Pope Francis suggests? The place single-use plastic occupies at the very heart of our worship invites us to critical reflection. Its invisibility there should alert us to the givenness throwaway culture has assumed, even in the church. While we must avoid naïve critiques that oversimplify the problem and therefore the solutions, the problem of a throwaway culture is real. And the problem is spiritual as well as material.

A disposable product made of plastic
is permanent trash by design.

North Park Covenant Church in Chicago, we recently discovered a box of glass communion cups that, as far as we can gather, the congregation used at least through 1985. The church’s Board of Community Concern is partnering with the Deacon Board to revive their use on communion Sundays. (We even found dishwasher trays designed specifically for communion cups at saintsaver.com.)

Reducing waste in our communion practice may seem too minor a shift. But as Pope Francis encourages us, “An integral ecology is also made up of simple daily gestures which break with the logic of violence, exploitation, and selfishness.” The church can introduce a small fissure in this prevailing logic by ensuring that our sacraments communicate God’s gift of life materially as well as spiritually, visibly and invisibly.

Our worship practices are forming us. Are they reinforcing the assumptions and reflexes of a throwaway culture, or are they fostering mindfulness about how our actions impact others? God’s gift of himself in Christ reminds us of the utter gratuity with which God deals with us—not as instruments, not out of convenience, but in overwhelming, superfluous love. So too should our sacramental celebration of this self-gift cultivate our capacity to resist the temptations of a throwaway lifestyle and treat God’s creation with care and responsibility, for the life of the world.

➤ Plastic Free: How I Kicked My Plastic Habit and How You Can Too by Beth Terry (Skyhorse, 2015) 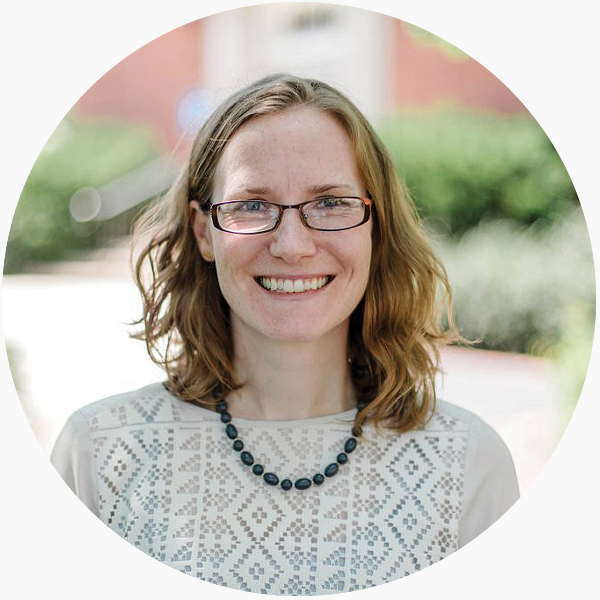 Hauna Ondrey is assistant professor of church history at North Park Theological Seminary. She is author of The Minor Prophets as Christian Scripture in the Commentaries of Theodore of Mopsuestia and Cyril of Alexandria. She has been working toward a low waste lifestyle since December 2017.