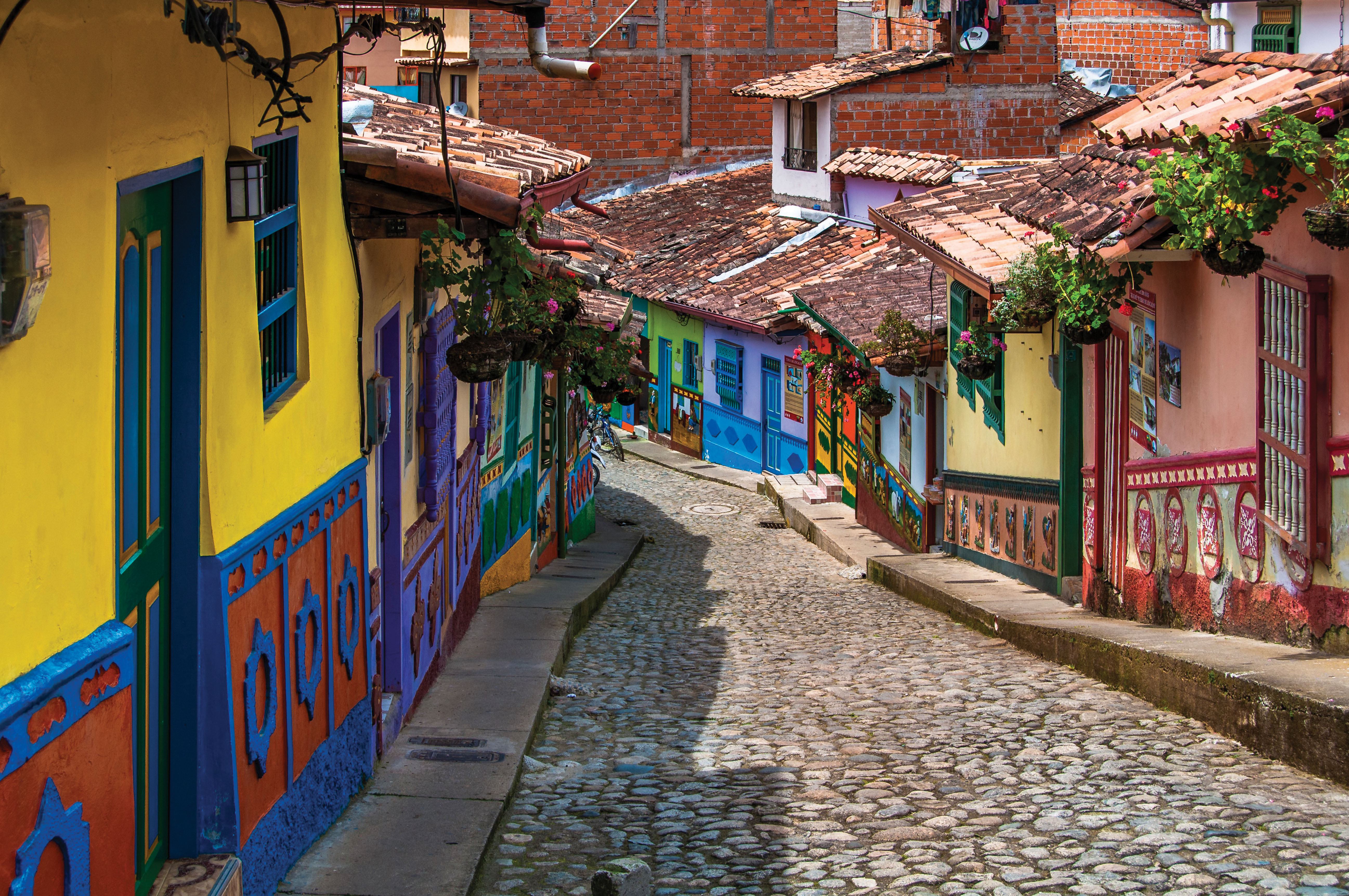 Back To Where We Once Belonged

How a trip to Colombia became a journey toward understanding identity and God’s true call.

As a first generation Colombian American growing up in the suburbs, I learned at an early age how to adapt in order to fit in. Every day, I would leave my Spanish-speaking home with my very English sounding name and leave the world of empanadas and telenovelas (Spanish soap operas) and entered what I would call white space. That meant if I was in a group of white people, I would tone down my Latina side and push down anything that could be seen as too passionate, emotional, or different. If I found myself in a group of Colombians or people of color, I would abandon learned formalities for a more familial style of relating. For better or worse, who I was often became what I thought would be most accepted in a given situation. Either way, I never really felt fully myself.

So last April, when I walked into Church of the Good Shepherd, a Covenant congregation in Joliet, Illinois, I geared up for the familiar moment of deciding which part of myself I could be. I was in my last semester of the MDiv program at North Park Theological Seminary and in the middle of the call process. In fact, I was interviewing for a pastorate out of state with an amazing community. 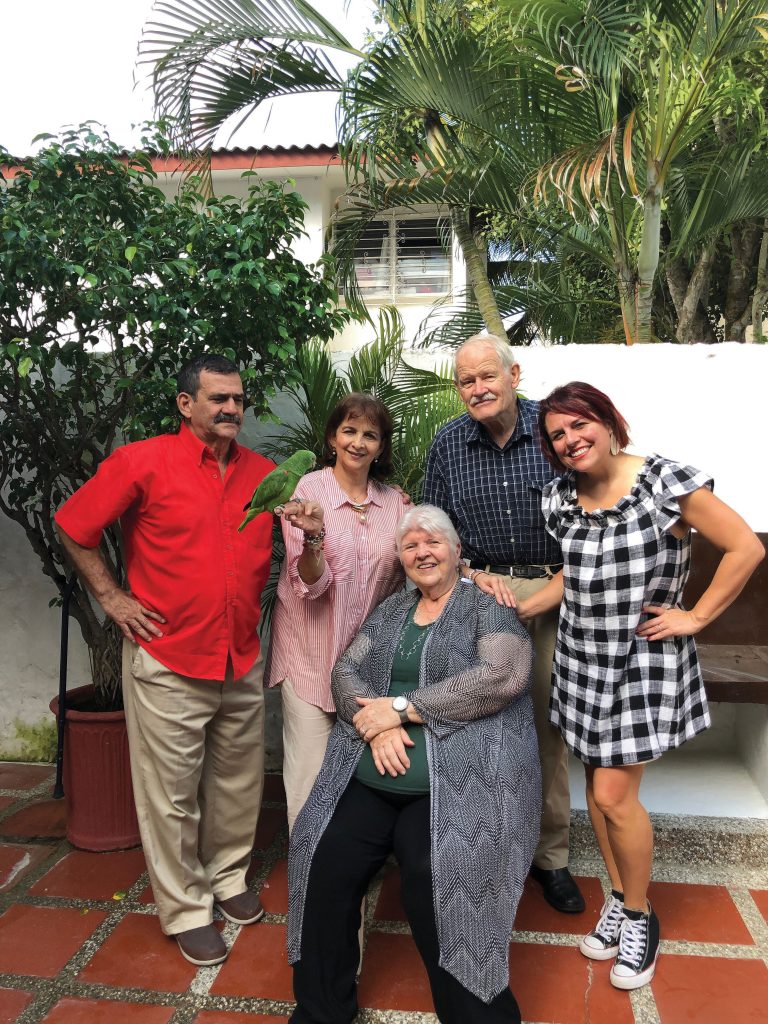 While serving in Colombia, Richard and Marlys Johnson began a Bible study in the home of Duva and Alvaro, a professional soccer player. Alvaro says he was as surprised as anyone that anything became more important to him than soccer when he gave his life to Christ. He and Duva still host the Bible study 25 years later. From left: Alvaro, Duva, Marlys, Richard, and Cheryl Lynn.

Yet I couldn’t shake the feeling that I needed to remain close to home in the Chicago area. I had been active with North Park’s new School of Restorative Arts, which offers a master’s degree in Christian ministry to students incarcerated at Stateville Correctional Center, a maximum-security prison outside of Joliet. Home also meant continuing to support and facilitate projects as an advocate for the Love Mercy Do Justice mission priority. And it meant family support for one of our children with acute needs.

As part of my discernment process, I was visiting local Covenant churches and upon the suggestion of a friend, I found myself at Good Shepherd that day. The service opened with the chair of the church making a final call for applicants for a position—they were looking for someone to work part-time, preferably bilingual, who could be a bridge between the Spanish- and English-speaking communities in the congregation and the neighborhood. The church was located just five minutes from Stateville. Suffice it to say, the announcement seemed like it was directed just to me.

But that wasn’t the most powerful thing that happened to me that morning. When I met Richard and Marlys Johnson, I was reminded of a deeper call, not just to a potential position or ministry, but the call to be fully myself.

At 82 years old, Richard was serving as the outreach pastor at Good Shepherd, where he had started an ESL program for anyone in the community who wanted to become more fluent in conversational English. After serving as Covenant missionaries in Latin America for 25 years, he and Marlys retired to the area to be nearer to family. But it was clear they hadn’t retired from loving their neighbor as themselves.

That morning I learned that the Johnsons had lived in Medellín, Colombia, my mother’s hometown. And in an amazing coincidence, it turned out that our families had been neighbors almost 40 years earlier.

Suddenly, the formal and familial, the reserved and emotional came together as my Catholic, Protestant, Vineyard, evangelical, part-white, part-Latina self and two Swedish American, Spanish-speaking missionaries whose family represents seven generations in the Covenant, embraced. Hearing the name of my mother’s hometown somehow reminded me I didn’t have to choose. There was something of home in not having to be one part of myself.

A few weeks later, the providence of that day bore itself out. I was called to be the pastor of multicultural ministry at Church of the Good Shepherd.

As I began to get to know the Johnsons on a deeper level, I learned that Marlys was a natural storyteller. Stories of her neighbors and neighborhoods in Colombia poured forth. While listening to her many adventures one afternoon, I asked how I could pray for her. She and Richard were in the midst of some transitions—Marlys had recently been diagnosed with cancer. They were planning to move to the Windsor Park Manor Covenant Living Community some 35 miles away. I assumed her prayer request would be about one of those things.

Instead, she told me that her most fervent prayer was to see friends and neighbors in Colombia once again. She wanted a chance to connect with the churches and families they had left behind almost 20 years earlier. 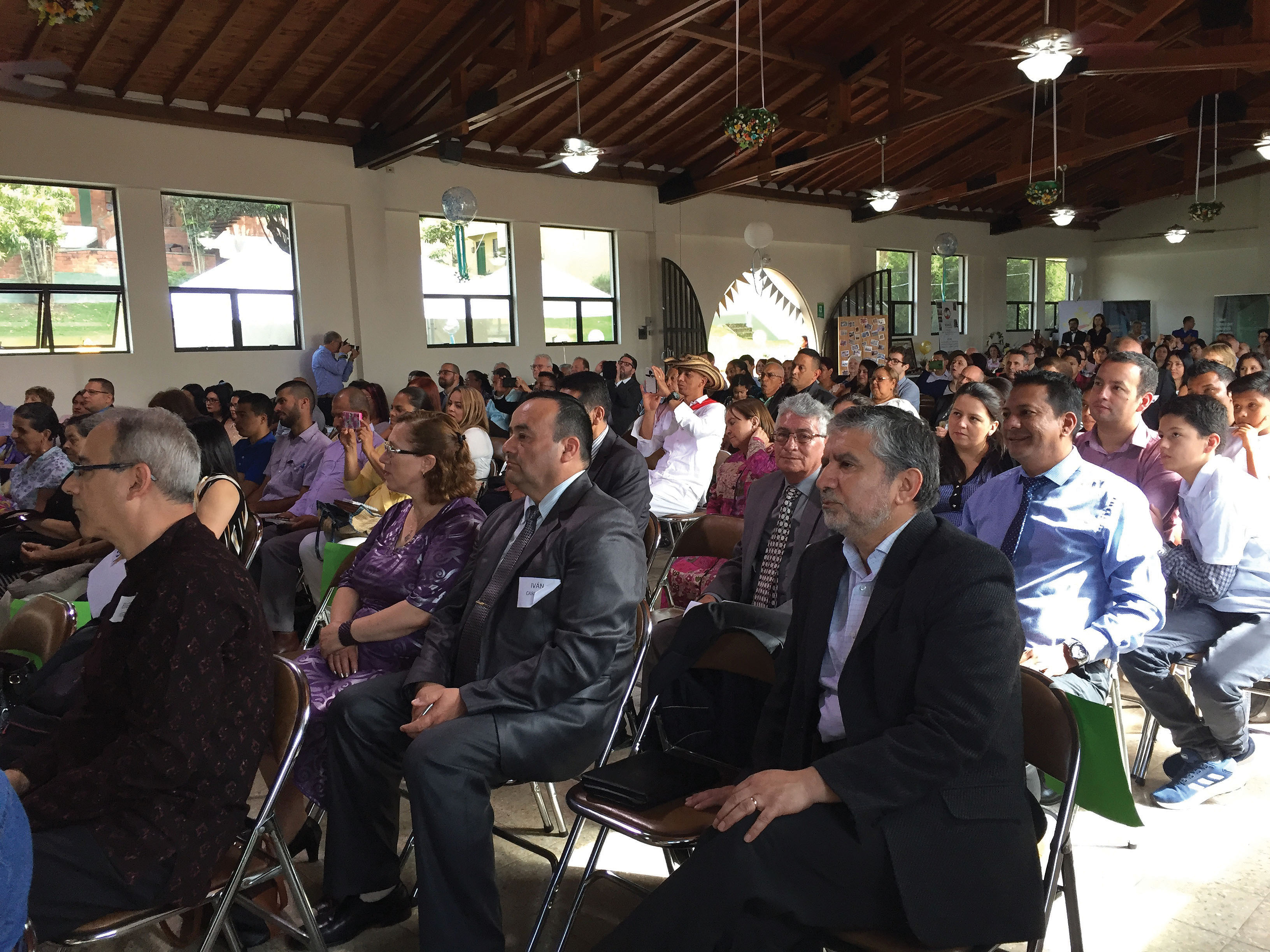 I learned that the Covenant Church in Colombia would be celebrating its 50th anniversary in two months. It would turn out to be the perfect occasion. An unexpected clean bill of health from Marlys’s doctor was the added unexpected answer to prayer. Soon the congregation took up a collection to send Richard and Marlys to the anniversary celebration, and asked me to accompany them on their journey. The generous response from the church covered all our costs.

So off we went, pastors at the beginning and end of our calls to ministry, making a pilgrimage together we would not have made on our own. For me it meant seeing family for the first time in 27 year

s. It also meant experiencing what the Covenant looks like in my mother’s native country of Colombia. For Marlys and Richard it meant seeing the fruit of 13 churches that came out of their time there, and seeing beloved friends they had not seen in many years.

At the celebration, we took our seats—a Colombian who considered the States home and two Americans returning home to Colombia. We joined with people from other countries and every corner of Colombia to worship as people in covenant with each other. As person after person lined up to embrace the Johnsons, I witnessed what I had experienced that day back in April. That even among our differences, there is power in an embrace that welcomes us fully as we are. But more, underneath it all, I also heard again in that room, that deeper call that is mysteriously tied up in Christ and each other: the invitation to be fully who God has created us to be. And that sure feels an awful lot like home. 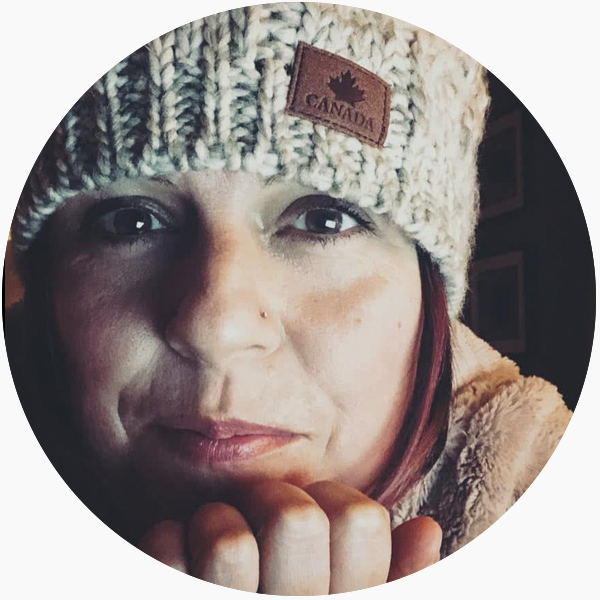 Cheryl Lynn Cain serves as pastor of multicultural ministry at Church of the Good Shepherd, a Covenant congregation in Joliet, Illinois. She is also a tenured bilingual educator with Chicago Public Schools. She has facilitated Sankofa and Journey to Mosaic experiences, and she serves in the North Park Theological Seminary new School of Restorative Arts at Stateville Correctional Center. She has three accountability partners who make sure she practices what she preaches—her children, Noah (17), Micah (15), and Sophia (10).