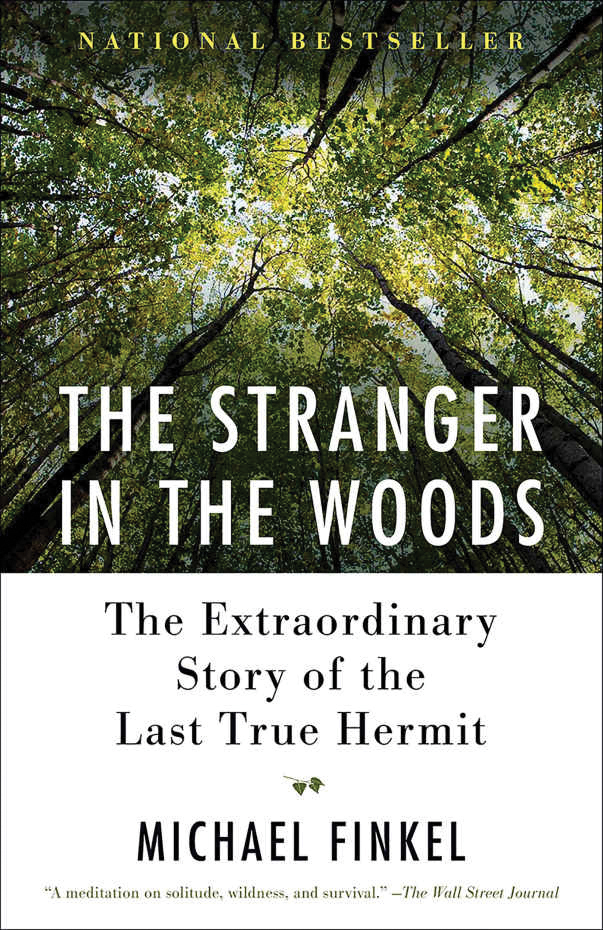 The Stranger in the Woods
The Extraordinary Story of the Last True Hermit
Michael Finkel
Vintage, 224 pages

The national bestseller The Stranger in the Woods, by Michael Finkel, might seem an odd book for a pastor to write about, let alone encourage other Christians to read. Chronicling the story of one of the longest career hermits in history, Finkel’s book is an enjoyable romp through the strange life of Christopher Knight who in 1986 abandoned society for the woods of rural Maine for twenty-seven years. During that time, along with enduring horrific conditions and ethical dilemmas, Knight amazingly had no conversation with another human being. Apart from it being an enjoyable story, two reasons stand out why you should read this book.

First, it offers an odd secular witness of an old Christian truth—it is possible to live a simpler life. Thomas Merton, writing about the asceticism of the Desert Fathers and Mothers (early Christian hermits who fled to the Egyptian desert around the third century), said that they understood society to be “a shipwreck from which each single individual [person] had to swim for his life….These were [people] who believed that to let oneself drift along, passively, accepting the tenets and values of what they knew as a society, was purely and simply a disaster.”

I suspect Knight would resonate with Merton’s description. While we might haggle over how much Knight defined his life in such ideological ways (he attests to not practicing any religion) and debate how debilitating modern life is (which Knight does claim), in a sense Knight shows us that such a life is possible.

That doesn’t mean I will be moving into a tent in the Oregon wilderness any time soon or that his extreme example is exemplary. But his story has helped me reflect on what I actually need (and don’t need) to live well. Knight offers a show-and-tell witness that living with less might not be as farfetched as many of us may assume. Can such a story invite us to adopt Jesus’s challenge to reject materialism and greed? I think so.

The second reason I recommend this book is also what bothers me about it. At times Finkel struggles to convey Knight’s own thinking and personal assessment of his life of solitude, leaving me longing for a clearer understanding of Knight’s inner world and motivations. Nonetheless, Finkel does an excellent job trying to explore the psychology of someone who doesn’t really want to be understood and who in no way wishes to be exemplary.

While some might take issue with Finkel’s characterizations as overly romantic or tangential (covering such topics as the social and mental states of those who live in solitude, and whether Knight qualifies as a “true hermit”), I appreciated his attempt to try to understand this odd and challenging figure. I’ve always believed it’s easier to hate than to understand, and I found Finkel’s book a valiant and empathetic attempt to gain understanding. This is a reminder of the challenge we often face as we seek to understand people, and it’s a good example of one person’s attempt to do so without claiming he has figured that person out. Maybe acknowledging the simple fact that people are complex is not especially earth-shattering. But with the influx of social media, self-posturing on Facebook and Instagram, and the constant judging of everyone’s motivations, not to mention the less-than-savory stereotype that Christians are the worst offenders, I find this a truth worth sharing.

The Stranger in the Woods left me with questions and connections that made this random purchase in an airport bookstore worth it. So take it from this stranger—this extraordinary book can speak to your life. And remember, the ways of God are often strange.

Jon Lemmond is the lead pastor of Trinity Covenant Church in Salem, Oregon. When he isn’t being harassed by a former seminary intern to write book reviews, he enjoys traditional and sport climbing in California, Nevada, and the Pacific Northwest.