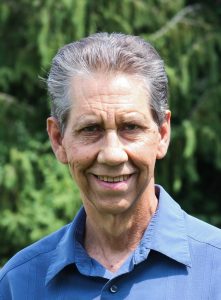 He was born February 5, 1956, in La Mesa, California, to Arnold and Virginia Carlson.

Russ earned a bachelor’s degree in cultural anthropology from the University of California – San Diego, and an MDiv from North Park Theological Seminary.

Russ had hoped to serve as a missionary, but chronic liver disease led him to pastoral ministry instead. He underwent a transplant in 1987. He and Laurie wrote about the experience in the book Companions Through Crisis while he was serving at Forest Park Covenant.

He wrote at the time, “I am truly grateful to the family who donated the organs of an eighteen-year-old boy so that I and others might continue to live. The choice of his family was unselfish, giving at a time when something precious had been taken from them. Every August 8, on the anniversary of my gift of new life, I remember with gratitude that it also is the anniversary of the death of my donor. The day that means life and a future to me is a reminder of grief and loss for his family.”

Russ retired from full-time ministry in 2012 due to worsening chronic health conditions.

He served on the Covenant Executive Board and on the Board of the Ordered Ministry. He also coached pastors and helped direct PULSE, part of the denomination’s congregational vitality process.

“Russ was an outstanding colleague and close friend,” said president John Wenrich. “He was a key player in the vitality movement and a constant source of encouragement and guidance.  I grieve his passing.”

Services will be held Saturday, April 13, at Forest Park Covenant Church in Muskegon.