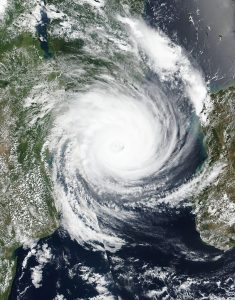 BEIRA, MOZAMBIQUE (March 14, 2019) – Staff and children who live at the Melanie Center, a ministry featured in the current issue of the Companion, are finding shelter at a local Covenant Church of Mozambique building as Cyclone Idai batters the area.

“They are hunkered down in our safest building,” said Alex Viana, a Covenant missionary to Mozambique who currently is in the United States.

Idai is the deadliest weather event of 2019, according to the United Nations. The cyclone already has killed more than 120 people in Mozambique and Malawi. High winds and flash flooding have left more than 400,000 people homeless.

Winds are expected to reach as much as 90 mph, and up to 12 inches of rain are anticipated in the next eight hours, according to AccuWeather meteorologists.