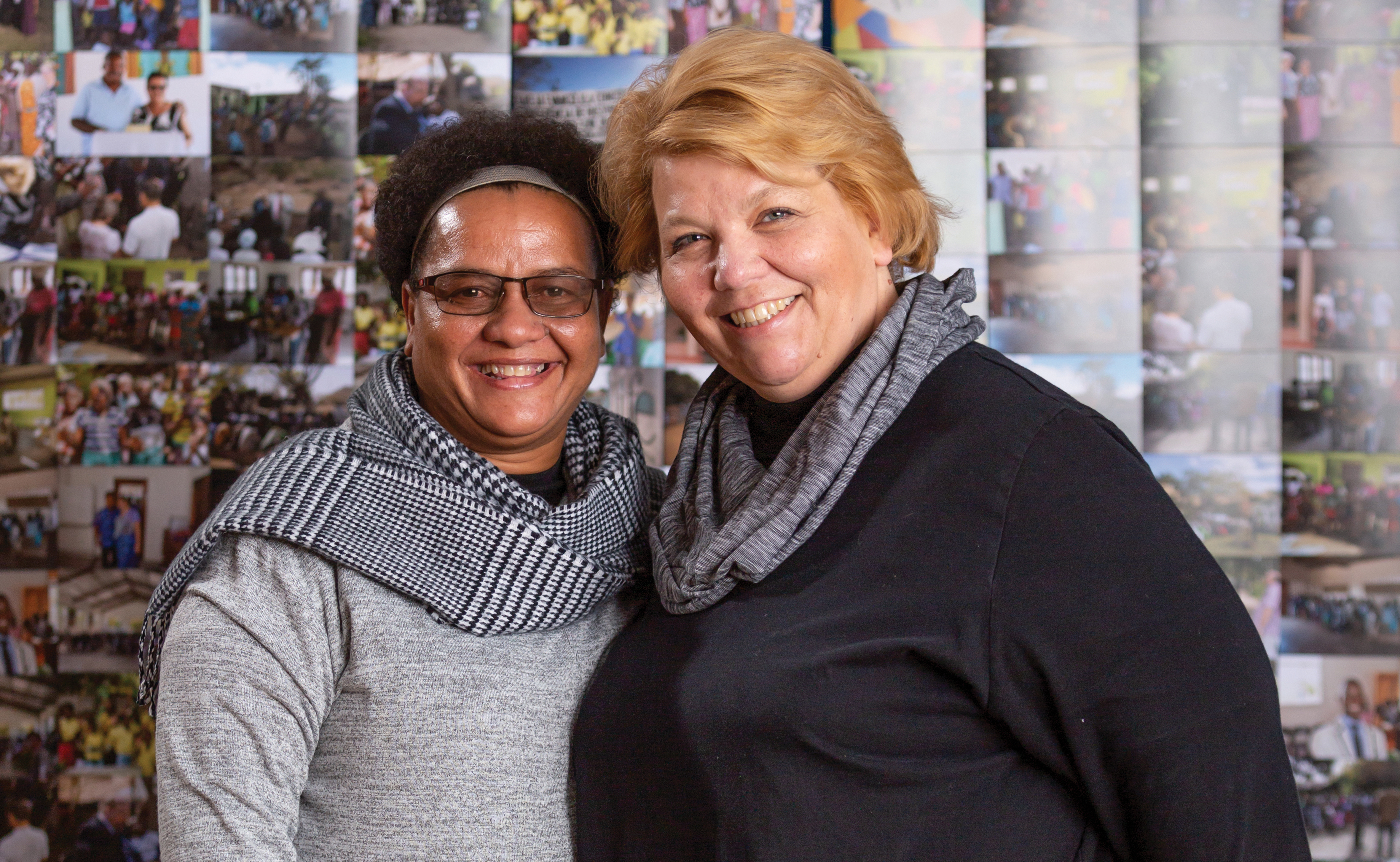 When faced with the desperation of hurting children
in Mozambique, two couples took action.

Fifteen years ago, Maria Jone ventured with her husband, John, through communities in their native Mozambique, walking through villages a world away from the translucent water and sandy islands known to tourists vacationing in the East African country.

As church planters and pastors working with World Relief, Maria and John visited coastal towns like Beira and inland cities like Chimoio, where they developed church programs and organized women’s ministries. And as they traveled, they noticed children, hundreds of them, without parents.

They saw older siblings, just nine or ten years old, trying their best to take care of their younger brothers and sisters. They saw children who had been abandoned. Others had aunts, uncles, and grandparents who tried their best but did not have the means to send them to school. They saw children so desperate for food they picked at trash heaps.

“We witnessed a tremendous amount of suffering,” says Maria in Portuguese, the official language of Mozambique.

Young children in particular were suffering from such chronic illnesses as anemia, malnutrition, and HIV/AIDS.

According to UNICEF, Mozambique has the eighth highest rate of HIV/AIDS in the world, with 11.5 percent of the population HIV-positive. One of the results has been a severe crisis, says UNICEF, of about two million orphaned children.

When Maria and John saw those children, they knew they had to do something.

“God touched our hearts and gave us a passion to do something about this problem,” she says. “We felt a call to take care of those children.”

“We feel God calling us to help with the orphan crisis in Mozambique. Would you be interested in partnering with us?”

Meanwhile, 10,500 miles away in Torrance, California, God was nudging members of Life Covenant Church to begin exploring how they might become involved in ministries in East Africa. In 2006, the church sent a vision team to Mozambique. On that team were Melanie and Alex Viana, who had helped start and lead Life Covenant.

One of the final stops on the trip was to see the work of World Relief in areas where the Jones were serving. On the last day as they were preparing to return home, Melanie and Alex met John and Maria. Their conversation soon turned to the abandoned children the Jones had encountered on the streets. By that time, they had started taking the little money they had to prepare rice, beans, and other food to feed malnourished children.

“There was an immediate connection,” Melanie says of their meeting. “Alex never gives his business card to anybody, but he gave John his card, saying, ‘If you ever want to contact me, here’s my email address.’”

John had never touched a computer—he had no idea what an e-mail was, much less how to compose one and send it. Nevertheless, he solicited the help of a friend, and six months after their meeting, John emailed Alex and Melanie with an invitation. “We feel God calling us to help with the orphan crisis in Mozambique,” he wrote. “Would you be interested in partnering with us?”

When the Vianas received John’s email,  Melanie was pregnant with twins. When it came time for a baby shower, they asked their friends and family to contribute instead to the work Maria and John were doing with orphaned children in Mozambique.

A few months into Melanie’s pregnancy, one of the babies didn’t make it. Then, three months before the due date, the second baby was delivered stillborn. In the midst of their devastation, Melanie and Alex turned their hearts toward Mozambique. Instead of flowers and memorial gifts, they again asked friends and family to give to the Jones and their work.

The financial outpouring from the Vianas and their friends allowed Maria and John to go from feeding people outdoors to constructing a complex of small buildings and play areas, creating a safe and comfortable place to care for a community of orphaned children in the coastal city of Beira. 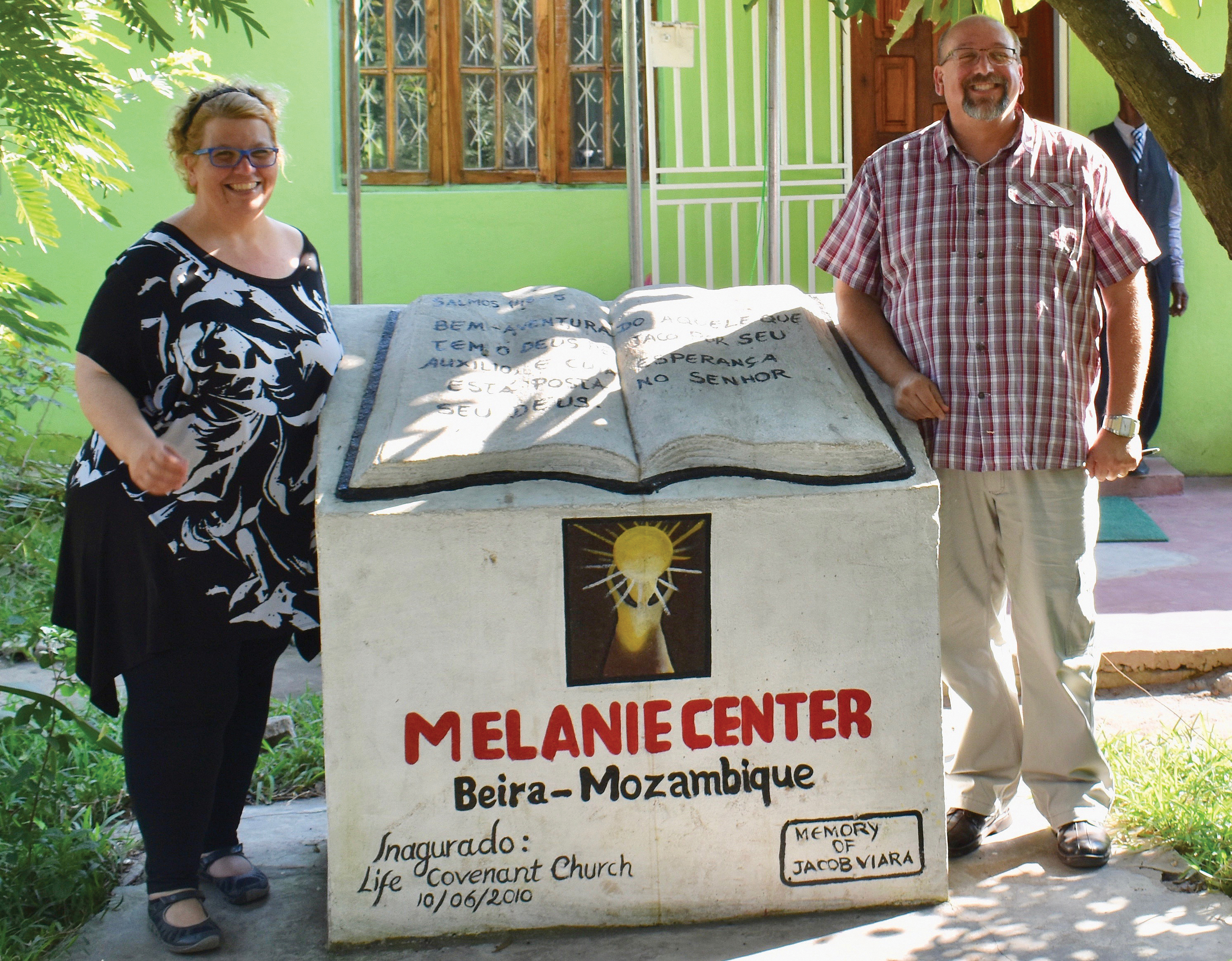 Maria, whose heart broke alongside Melanie’s at the loss of her twins, saw how many mothers in Mozambique “were suffering much as Melanie was suffering from her losses. Melanie lost two children, yet we gained many more children.”

Melanie’s generosity in the middle of her pain inspired Maria and John to name the new complex the Melanie Center, “because of the love she had for us,” Maria says.

“If you’re hungry, come to the center.
We will always feed you.”

Melanie contends, “They should have named it the Maria Center because truly she is the mother who watches out for the kids.”

“It’s not just the kids that live at the center, it’s the kids in the whole community,” Melanie says. “The kids who live in the center get to eat every day—they have food, clothing, a place to sleep, and people who watch over them. Sometimes there’s a child in the community who is being raised by a father who’s an alcoholic so he doesn’t come home. The child wanders around looking for someone to feed them. At the Melanie Center they say, ‘If you’re hungry, come to the center. We will always feed you.’” 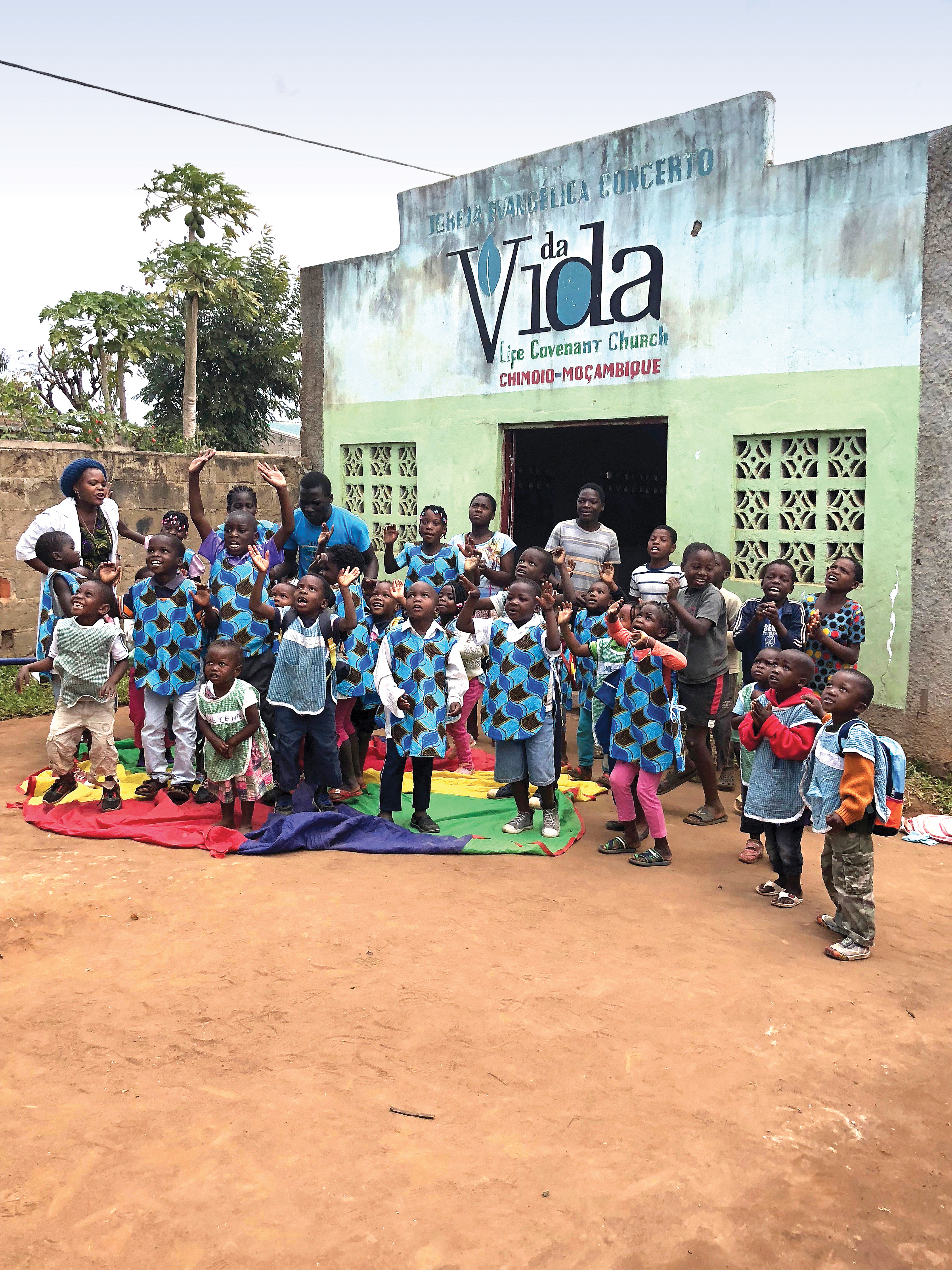 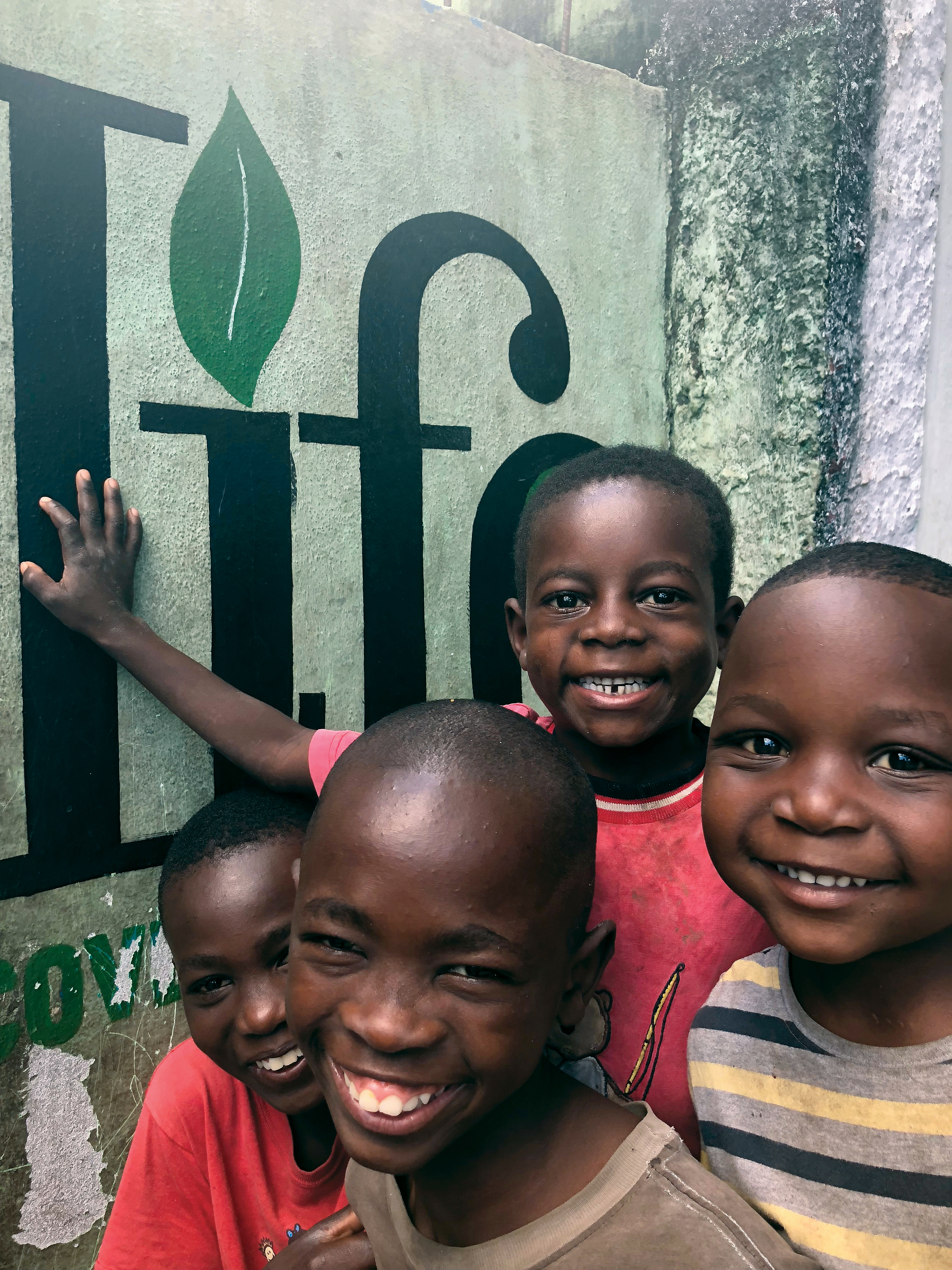 Maria also looks out for the women in the community, ensuring they have enough to eat. When the center has a job opening, she seeks out mothers, assessing if one of them may be a good fit for the position. She wants to make certain they can provide for their families.

Says Melanie: “She knows her people.”

Back in California, Melanie and Alex shared with their congregation at Life Covenant what God was doing through Maria and John in Mozambique. Together with the church, they started a ministry called Life for Mozambique (lifeformoz.com) to support the Melanie Center.

God also had not finished with the Vianas when it came to their family. In 2009, one year after the launch of the center, Melanie and Alex adopted twin boys from Ethiopia, Joshua and Joseph.

As their commitment to Life for Mozambique developed, the Vianas realized there was only so much investment they could make from so far away. So four years ago, they sold their family business, rented out their home, and were commissioned as Covenant missionaries to serve in Mozambique. Maria and John left their positions at World Relief to help children and plant churches with the Vianas.

The year before the Vianas moved, the Jones opened Melanie Center II, in the inland city of Chimoio. To date, they have had 287 children go through both centers.

As the centers have developed, so have the surrounding areas. Funding has brought electricity and running water to the centers, says Maria, which they have been able to share with the community. At the centers, preschool-aged kids engage in early learning and mothers receive literacy training.

“Some mothers who were illiterate before we were there are now actually teaching some of our children to read and write,” says Maria.

She wants to see Mozambicans grow and serve by continuing to partner with Maria, John, and other short-term global personnel to train Mozambicans to usher their own communities into seasons of flourishing.

The intent of the Melanie Centers, however, has never been to become permanent homes for the children who live there. The Jones and the Vianas work with the Mozambican government’s ministry of social services, which typically brings high-risk kids to the centers one, two, or three at a time. The goal is to keep siblings together. The centers also receive children from local churches, and community leaders identify kids who have been abandoned.

Young girls who come to the center are especially vulnerable.

“When young girls are abandoned, they can end up losing a sense of personal value, personal worth, and unfortunately, there are men who want to take advantage of them—sometimes for labor, sometimes to sexually abuse them,” Maria says. “We specifically care even more closely for our girls to help them not be caught in that position, in that place.” 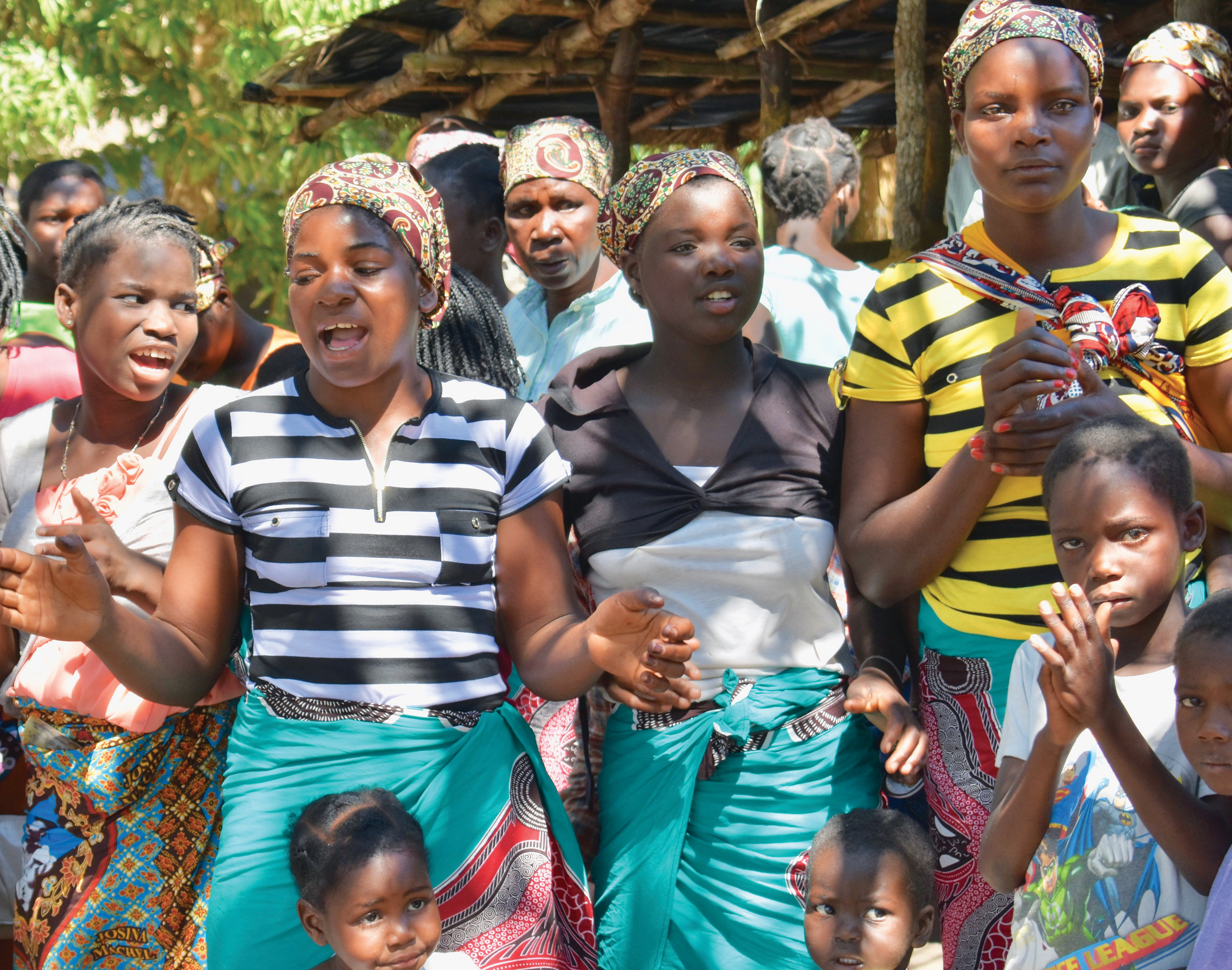 Because of the support of Life for Mozambique and Life Covenant, the centers can fund scholarships enabling children from the Melanie Centers to attend university. The centers provide all kids with shelter, food, medical care, clothing, and education.

The centers also house Covenant church plants that have spread throughout the country.

“Our dream,” says Maria, “is to plant a Melanie Center in those areas so we can care for the most vulnerable and needy children where we’ve established a foothold with already having the gospel there.”

Most children stay at the center for three to four years. The intent is to integrate them into a family.

“From the beginning, we believed that a child is better cared for in a family than in an orphanage,” Maria says. “Our goal was never to have kids live with us until they were 18. Rather, we wanted to restore them as best as we can physically, mentally, spiritually, and then to find a family who would adopt the child.”

After a family adopts a child, the centers’ staff follows up, making home visits and then easing off after several months if the adoption progresses well. At times, families may want a child for labor rather than love, and in those instances, Maria says, the centers maintain an open door for the children to return until they’re placed with a more suitable family.

Maria and Melanie both marvel at how God has taken them on this beautiful, intersecting journey. As they work together with their husbands planting churches in rural communities, they’ve encountered similar issues with children who need care.

“Our dream,” says Maria, “is to plant a Melanie Center in those areas so we can care for the most vulnerable and needy children where we’ve established a foothold with already having the gospel there.”

For Melanie and Alex, it’s about supporting, assisting, and helping Maria and John in the ministry they started.

They want to see Mozambicans flourish, not because people from other countries come into Mozambique for long-term mission work but rather through partnership with Maria, John, and short-term global personnel who train Mozambicans to serve their own communities.

“This gives me tremendous hope for the future,” Melanie says of the organic growth taking place through Maria and John. “Because if it belongs to them and to God, then it will continue to grow and thrive.” 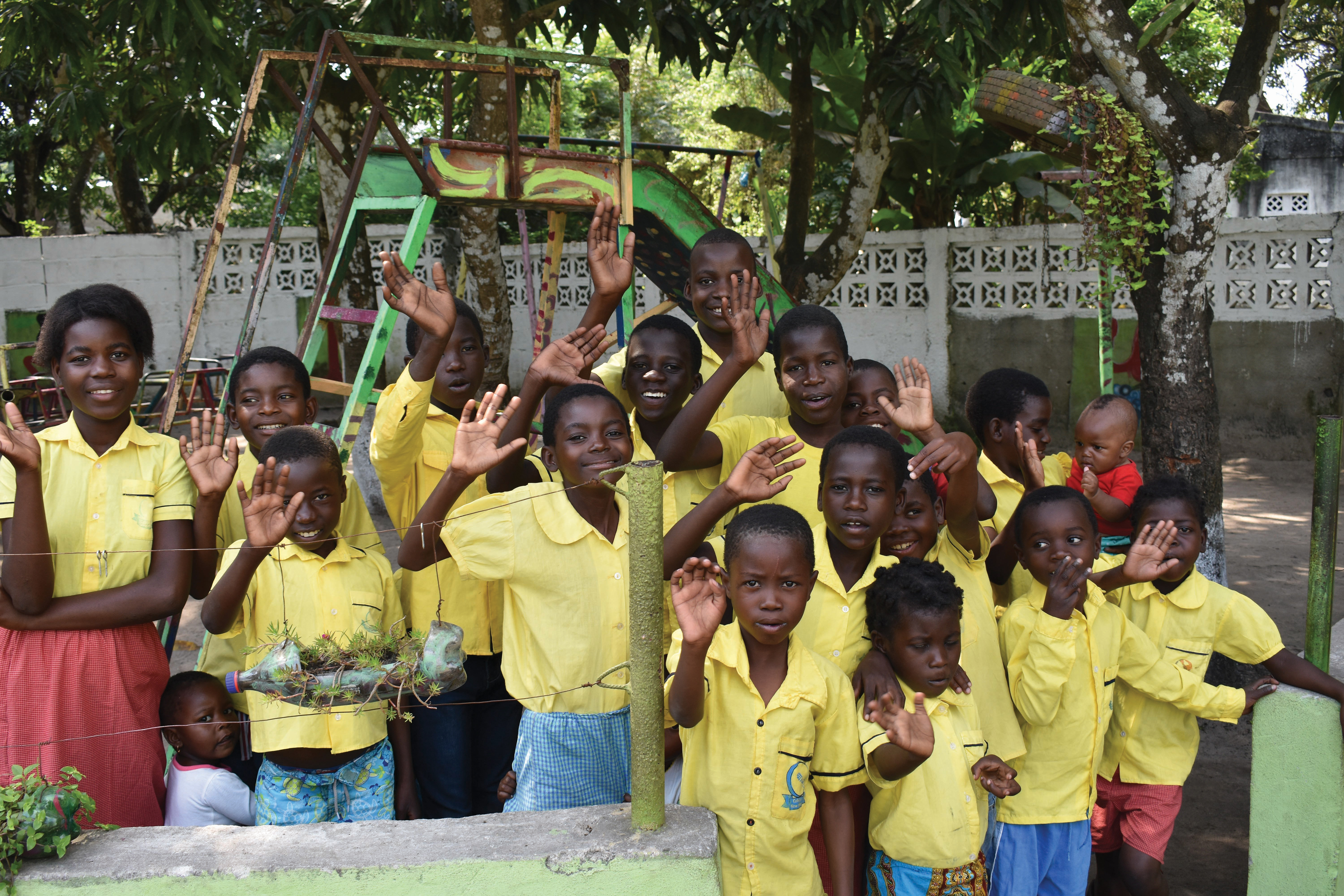