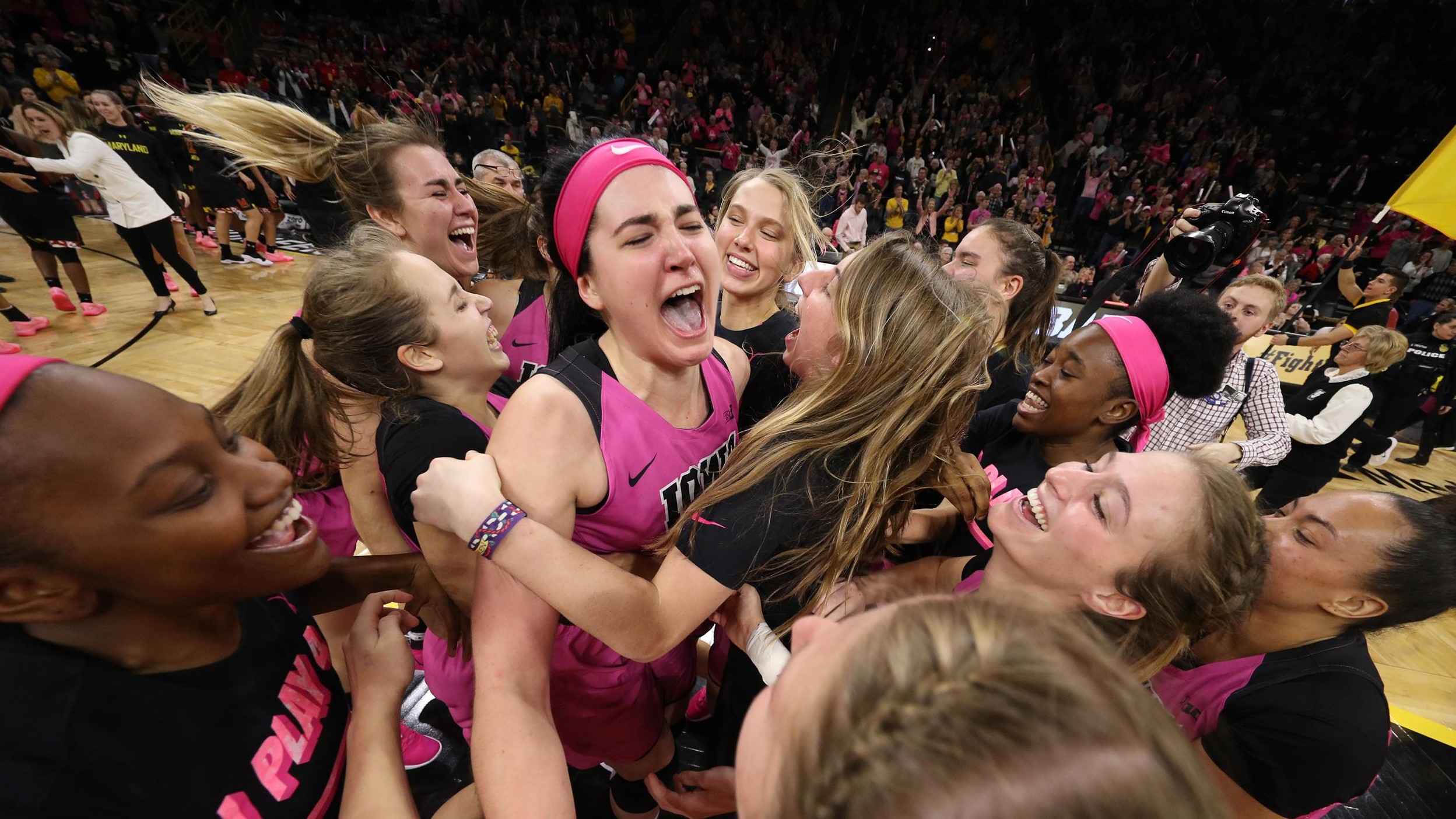 IOWA CITY, IA (February 21, 2019) – When Megan Gustafson led the Iowa Hawkeyes to an 86-73 come-from-behind victory over the No. 8 Maryland Terrapins on Sunday night, she demonstrated once again why she is one of the best basketball players in the nation.

The 6’ 3” senior poured in 31 points, pulled down 17 rebounds, and blocked five shots. In other words, it was an average night.

Gustafson, whose family attends Mission Covenant Church in Poplar, Wisconsin, leads all NCAA divisions in scoring with 27.4 points per game. She also is the most accurate shooter in Division 1 this season, scoring on 70.2 of her attempts from the field.

She continues to set records. Already she is the school’s all-time points leader with 2,516 points and is set to surpass the school record for scoring. She set the current record last year with 823 and has 713 this year with three games still to play.

But she does more than shoot. She is fourth in rebounds this season, averaging 13.1 per game and has 24 double-doubles. Her 1,320 career rebounds also are a school record.

In a Companion story last March, Gustafson, who has participated in several ministries including Athletes in Action, said her faith has helped her keep her accomplishments in perspective. “I don’t play for myself,” she said. “I’m playing for someone bigger than myself: God, my teammates, my family, and coaches, so that definitely helps keep me grounded.”

Saturday’s victory moves the No. 8 Hawkeyes into a tie atop the Big Ten (21-5, 12-3) and will almost certainly move them up in the national standings.