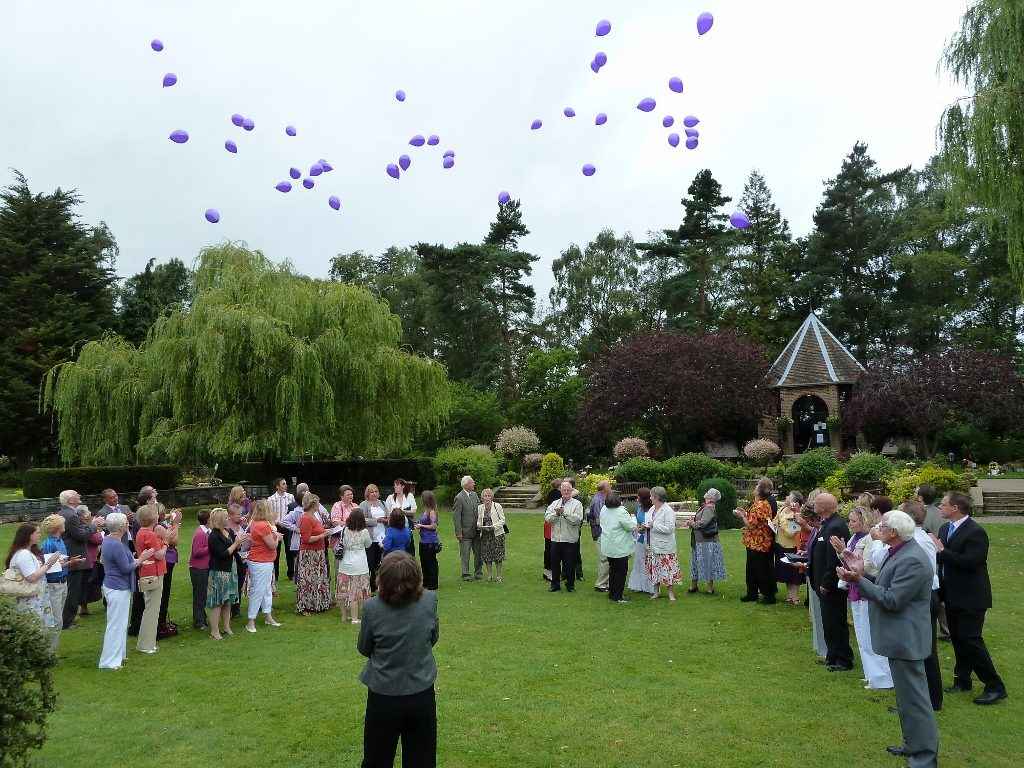 CHICAGO, IL (February 15, 2019)—Baby boomers, known for upending societal convention throughout their lives, are now reconceiving how they mark death. Boomers—people born between 1946 and 1964—make up roughly a quarter of the United States population at 74 million people.

Instead of the once common practice of holding a funeral service within days of someone’s passing, services are increasingly scheduled weeks and even months after a death, says Gary Kindberg, who attends Zion Covenant Church and is president of Lind Funeral Homes in Jamestown, New York.

Because families are spread out across the country, it is often difficult for people to gather together quickly, due to work and family schedules and transportation costs.

The rising number of cremations makes it more viable to delay services. In 2016, cremations outnumbered burials for the first time ever. Kindberg says the rate of cremations in western New York is about 40 percent, “but I know of places where it’s 80 or 90 percent.” In 1970, only 5 percent of people were cremated.

Much of that change can be attributed to the Roman Catholic Church, which once opposed cremation on theological grounds. In 1963, the church declared it a permissible option, but until 1997 still required a funeral service to be held before cremation would be allowed.

Cremation is substantially less expensive than purchasing a casket and holding a traditional funeral. As well, it is considered by many to be more environmentally friendly because it foregoes the need for permanent caskets, burial vaults, and embalming fluid, which contains carcinogens.

Sometimes families choose to hold a small funeral service followed by cremation because seeing the body is an important part of the grief process for them, Kindberg notes. Memorial or celebration of life services are then held weeks or months later.

Religious references in services are trending downward, according to a survey conducted by the National Funeral Directors Association (NFDA). The number of people who say they believe it is important to incorporate religion in a memorial service has decreased from 49.5 percent in 2012 to an all-time record low of 39.5 percent in 2017.

The Consumer Awareness and Preferences Study (CAPS) is conducted annually to measure consumer perceptions of funeral services. Invitations are emailed to a consumer panel consisting of Americans age 40 and older, the NFDA says.

Kindberg says he has noticed the trend away from religious funerals. “People have moved away from being part of a particular church or denomination, and they use the word ‘funeral’ less because for many people it conjures up the idea of a religious service. More people are having friends officiate or emcee a service.”

In the past 10 years, the funeral industry cites a dramatic shift from memorial services to celebration of life gatherings. In general, memorial services have a more religious component than celebrations—though that is not always the case. Celebrations of life also tend to focus on the life of the deceased. When the CAPS survey asked respondents what they wanted in their own services, the most common themes were along the lines of “my story” or “celebrating my life, not marking my death.”

“There is a tendency for the ‘celebration of life’ approach to be so centered on the person and their story that, although it is psychologically comforting, it does not necessarily point to a God who comes near to those who mourn.” – Jan Bros, pastor of Abbey Way Covenant Church in Minneapolis, Minnesota

Popular personalization trends include video tributes, slideshows, and displaying personal memorabilia such as musical instruments, sports equipment, and other items related to the individual’s hobbies.

Kindberg views that trend positively. “I would rather people do that,” he says. “I don’t want people to think they have to do a funeral the same way as they did their grandfather’s.”

The changes are happening beyond the U.S. A 2014 survey of 3,000 services in England found that the most popular song played a funeral was “Always Look on the Bright Side of Life,” from the Monty Python movie Life of Brian. It outpaced “The Lord Is My Shepherd” and “Abide with Me,” which were second and third place, respectively.

Some clergy raise concerns about the trends, however.

Jan Bros, pastor of Abbey Way Covenant Church in Minneapolis, Minnesota, says it is important to view funerals as a worship service that emphasizes the work of God. “I think the challenge for pastors is to remain attentive to their role to make space for the presence of God to bring healing to those who are in grief,” Bros says. “There is a tendency for the ‘celebration of life’ approach to be so centered on the person and their story that, although it is psychologically comforting, it does not necessarily point to a God who comes near to those who mourn.”

She points to the book Accompany Them with Singing in which author and pastor Thomas Long says it is important for the physical body be part of the memorial service. Long wrote in the New York Times that “our death rituals have become downsized, inwardly directed, static and, as a result, spiritually and culturally impoverished. We tend now to recognize our dead only for their partial passions and whims.”

Some Covenant pastors say they have seen the process of grieving and healing become hampered for family members when the gap between a death and their memorial service widens.

One positive benefit of the trend toward personalized services has been that more people are interested in pre-planning their service, notes Kindberg. “That’s a great gift to survivors.”