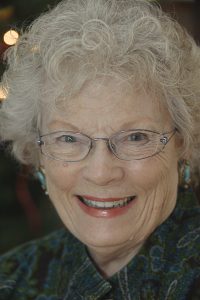 She married Dewey on August 4, 1982. They served Covenant churches in Providence, Rhode Island, and Moline, Illinois.

Burial was Monday, February 11, at Rose City Cemetery in Portland. A memorial service will be held at 10 a.m. on Saturday, March 16, at First Covenant Church in Portland.