CHICAGO, IL (February 8, 2019) – Covenanters routinely share links to social media articles and videos that Covenant News Service believes may be of interest to others. Each Friday we post five of them. Following is a sample of those submissions—their inclusion does not represent an endorsement by the Covenant of any views expressed. 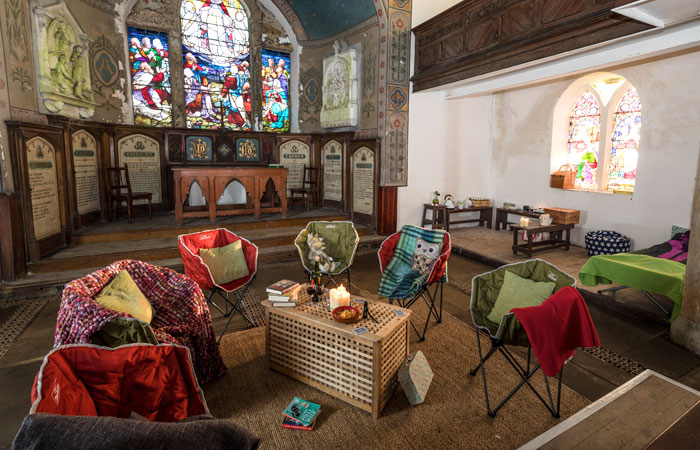 Glory Be & B: Why Tourists Are Paying to Camp Out in Church

“Champing,” or camping in churches, is a new and growing travel experience in England. Although the accommodations may not be luxurious—chilly limestone arches and bats literally in the belfry—they do provide a unique atmosphere. I love the headline for this article, and according to the link, another version was called “Give Us This Day Our Daily Bed.”

From the article: “This year, 18 disused churches are inviting the public to sleep on camp beds squeezed between pews or beneath stained-glass windows. Almost 2,000 people champed in 2018; enquiries suggest demand will be even higher this summer. And, although the [Churches Conservation Trust] is responsible only for churches that are no longer used for worship, there is growing interest from functioning churches in champing as a way to raise money for repairs and to open their buildings to the community.”

Officers Sing and Dance to Calm Patient with Autism

Walker Hughes, a 33-year-old man with autism, was taken to the hospital when he had a strong reaction to his medications that turned violent. Because one of the public safety officers on duty, Sgt. Keith Miller, has a son with autism, they responded in an atypical fashion. Miller has also trained others to listen for clues on how to approach each patient.

From the article: “For two and a half hours, the officers coaxed and cajoled. They danced. They sang children’s songs. They sang James Brown. They harmonized on the ‘Mr. Rogers’ theme song. ‘Walker loved it,’ Ellen says. ‘He was kind of mystified and charmed and started smiling. They were men his size who considered him a real person. It’s scary when people don’t think you’re a real person. You have autism and you can’t talk — but you’re a person. It’s scary to be treated like a lion from the zoo. We’ve been to the doctor and the hospitals a million times and I’ve never seen anything like these guys.’”

Three Philosophers Set Up a Booth on a Street Corner

It’s not the beginning of a joke. Three philosophers set up an “Ask the philosopher” booth at an entrance to a New York subway station. People of all ages, including a six-year-old girl, stopped to ask deep questions.

From the article: “During the quiet I reflected for a moment on what had just happened. A group of strangers had descended upon us not to make fun, but because they were carrying around some real philosophical baggage that had long gone unanswered. If you’re in a spiritual crisis, you go to your minister or rabbi. If you have psychological concerns, you might seek out a therapist. But what to do if you don’t quite know where you fit into this world and you’re tired of carrying that burden alone?”

The exponential growth in brands, sales, and types of “energy bars” has actually changed our culture. One observer has referred to it as “the snackification of the way we eat.” Businesses have had to adapt their marketing as well as the ingredients and flavors. As one expert said, “Clif won out over PowerBar for the same reason that fresh-squeezed orange juice wrecked Tang: consumers wanted a product that looked and tasted more like real food.” Perhaps that’s a word for the church.

From the article: “Next time you find yourself in your favorite natural grocers on the hunt for Peruvian chia seeds and California oat milk, take a detour down the bar aisle and stop to take it all in. Carefully laid out in front of you are upwards of 35 brands and 150 individual products: Clif, Epic, Kind, Larabar, Luna, Picky, ProBar, RX, Tanka, Skout, Soyjoy, Taos Mountain, Zing—perhaps dozens more. Although these bars are sometimes barely distinguishable from one another if you remove the wrappers and serve them on a platter, they’re each carefully positioned to target a specific desire among consumers: breakfast, protein, vitality, paleo diet, women’s nutrition, gluten-free diet, and meat (yes, meat), to name a few.” 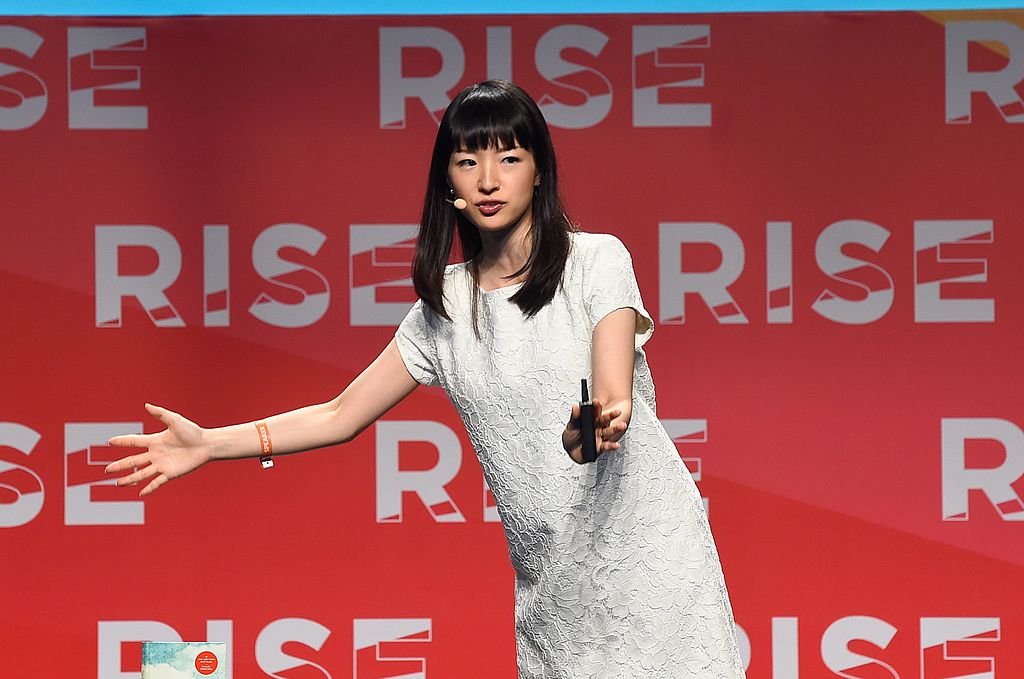 Who would have thought that a “tidying-up” guru from Japan would become such a sensation? Marie Kondo’s new Netflix show appears to be contributing to rising donations to thrift stores. At the same time, thrift stores are facing tough competition with one another, and many are not surviving.

From the article: “Across the country, things are trending similarly. At Beacon’s Closet, New York City’s famed used-clothes emporium, a clerk told the New Yorker’s Rachel Syme that the store was the most crowded it’s been in five years. Washington, D.C.-area Goodwills reported a 66 percent spike in donations during the first week of January, according to the Washington Post; with one branch reporting a 367 percent increase. Chicago’s Ravenwood Used Books store got a month’s worth of donations in a week, its owner told CNN.”