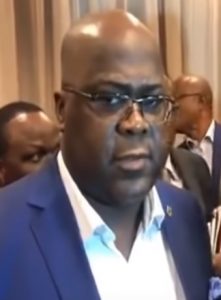 Felix Tshisekedi has been declared the winner of the DR Congo presidential election.

DEMOCRATIC REPUBLIC OF CONGO (January 10, 2019) – The nation’s election board, CENI, declared early this morning that opposition candidate Felix Tshisekedi had won last month’s presidential election. However, the Catholic Church, which is influential in the country, had deployed 40,000 election observers and said the results did not match their tallies.

The French foreign minister and Britain’s foreign secretary also cast doubt on the results. CENI was supposed to release results on Sunday, but officials said they were unable to complete their tallies by then.

Since it gained independence from Belgium in 1960, the country has not had a peaceful transition of power. News reports state that most of the country remains calm although some incidents of violence and deaths of protesters have been reported. None appear to have occurred in the northwest region of the country, where the Congo Covenant Church ministers.

Pre-election polls had indicated that Fayulu would win in a landslide. Three areas of the country, with a total population of one million people where Fayulu was heavily favored, were barred from voting until March. The government expressed concerns that a current ebola outbreak in that region would put voters at risk. It is unclear what will happen with those votes. Tshisekedi will be sworn in later this month.

The Catholic Church said the declared results “do not correspond to the data collected by our observation mission from polling stations and vote counts.” Church officials have told press outlets that their data showed that Fayulu won.

Much of Kabila’s opposition distrusts Tshisekedi, and some fear that he reached a deal with the current president to manipulate the election. Tshisekedi recently said that he saw no need to prosecute Kabila for his much-documented corruption. He also pulled out of a deal arranged with all of the opposition groups to present Fayulu as the only candidate to run against Kabila’s candidate.