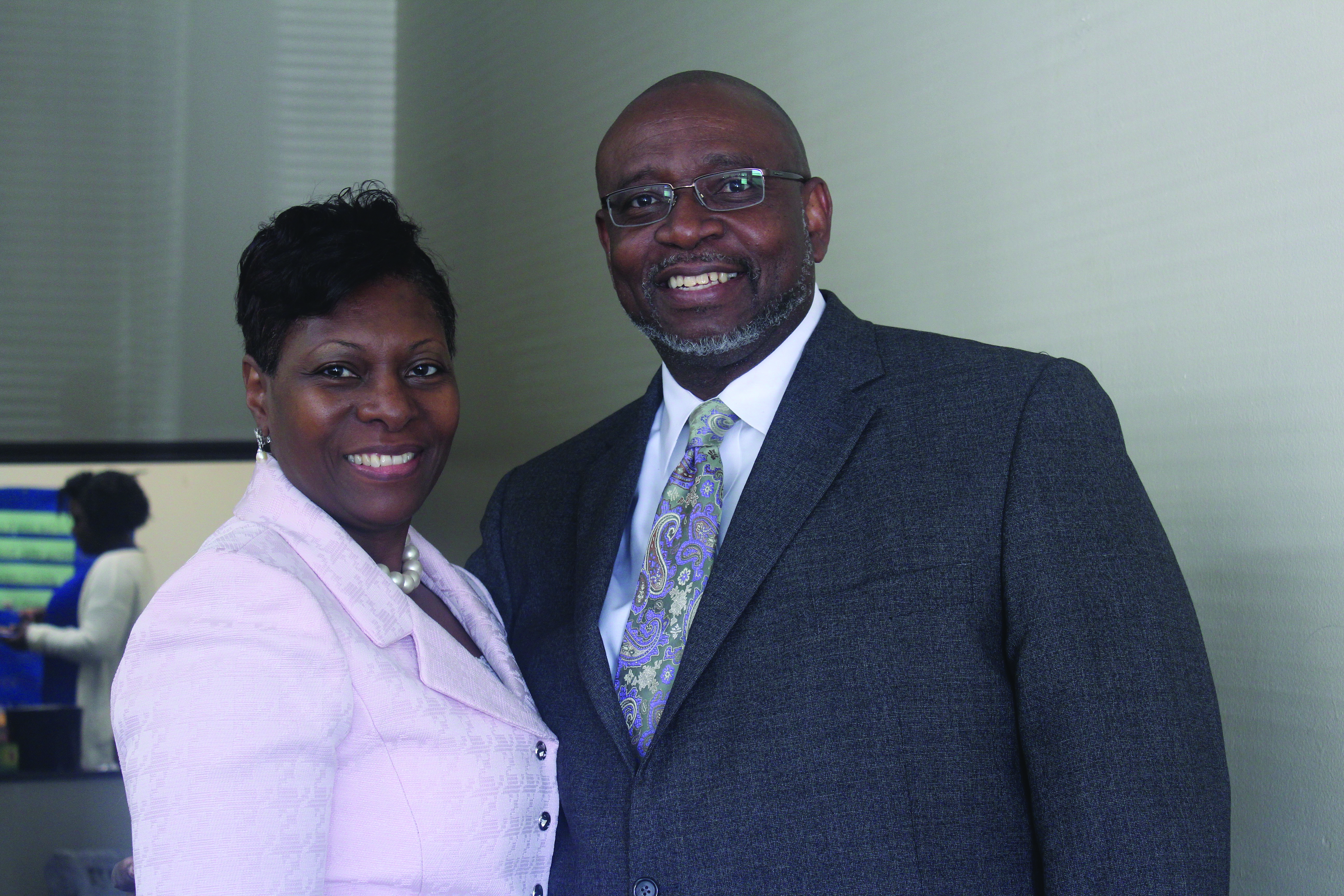 After working twenty years in the public-school system in New York City, Noel Simms retired in 2012. He and his wife, Annmarie, relocated to Georgia for her work in corporate banking

Noel had attended Harvard Divinity School, and after he retired he began to discern where God was directing him—he sensed God calling him to plant a church. “I wanted to be in a theological community that took notice of the issues of the poor. I believed that God wanted a church that understood the lost, the least, the forgotten,” he says.

He says he launched Greater Faith Covenant “with only my pension and the Holy Spirit.” They started out with five people. Five years later they were adopted by the Covenant.

As Greater Faith grew, so did their call to serve their community in Clayton County. Noel says, “I was preaching mercy, love, and forgiveness but it just wasn’t enough. I was preaching to people who had their electricity turned off, or they had felonies on their records and couldn’t get jobs. I realized the justice piece was critical.”

The congregation began to partner with Healing Communities of Georgia, a network of nonprofits, state agencies, and faith-based organizations working to bring restoration to returning citizens, their families, and victims of crime. One of their ministries is Stations of Hope, which are churches or other nonprofits that commit to incorporate Healing Communities principles within their context. Returning citizens are referred to Stations of Hope upon their release, and each station addresses a basic human need—food, shelter, job training, education, issues with families, etc.

In 2016 Greater Faith Covenant Church became one of those stations and began offering Jobs for Life, a program to increase job skills so returning citizens can become self-sufficient and able to retain employment. The following year the church focused their station on helping ten local children who qualified as “at-risk,” as well as other children of returning citizens through a Saturday Academy focused on helping students with their homework, teaching computer coding, and providing mentorship. This year the church
is partnering with a group to address the employment needs of individuals aged eighteen to twenty-four. “We walk with them to get them back on track in terms of employment,” Noel says.

More than 100 stations are available to serve re-entering citizens, and their efforts are making a difference. This year caseloads for parole officers in the county have dropped from an average of 170 to 130.

The church has a vision to work with individuals in re-entry and also with those in pre-entry situations, such as people who are waiting for sentencing or facing other legal challenges. The church has outgrown their rented worship center. Noel says, “There is so much to do. We can do anything, but just not everything.”