The film The Polar Express is a fantastical tale of belief and doubt, wonder and rationality, confidence and timidity, of seeing with the eyes and searching with the heart. Pajama-clad children board the Polar Express train. Some believe in Santa Claus and the spirit of Christmas without question, others previously believed but now want proof to continue in faith, and still others are on the verge of disembarking from Santa’s sleigh altogether. In spite of their varied narratives, they join together to experience the adventure of life aboard the magical train. The ride from their homes to the North Pole is full of both peril and play, making space for their character flaws and strengths to emerge. Ultimately the journey provides life lessons befitting each of them. It’s one of my favorite Christmas movies.

I am especially drawn to the unnamed African American, “Hero Girl,” who is a natural leader. She believes in beauty, grace, friendship, and the wonder of Christmas. She is visionary and can see and hear what others cannot. Hero Girl cultivates trust among the children, especially the boys, that gives them confidence to follow her lead.

At one point, the engineers place her in charge of the train. They run into danger and yell for her to stop the train. She shows Hero Boy, the other main character, the brake. He interrogates her newly developed engineering skills and infers that an alternate gear looks more like the brake. Hero Girl’s confidence shrivels in the intensity of the moment. She questions herself. But when Hero Boy chooses a gear in the nick of time, he successfully chooses the gear she originally suggested. This is one remarkable sign of her strength of leadership that recurs throughout the movie; her new friends follow her guidance even when she is unsure of herself. This train ride brings her the gift of confidence in decision-making and develops her leadership abilities.

This tale moved me in profound ways in the years following my acceptance of a call to vocational ministry. God voiced a strange calling that beckoned me to enter a realm of life for which I had no context. I did not have ancestors, parents, family, or friends who were pastors who could provide emotional, practical, or spiritual framework for what God was calling me to do. It’s a calling I ignored for ten years as I hoped God’s design for me would be recalled, redrafted, or restructured. Even after accepting this calling in a spirit of rebellious obedience, I still struggled to believe. Was God really calling me to be a spiritual leader?

During that season, I could see myself in Hero Girl. She has natural leadership inclinations that are challenged by the boys around her. As an African American female leader, I have been called to lead in various multicultural contexts where a person of my gender and ethnic social locations would not traditionally be invited to lead. So for me, Hero Girl’s position of leadership in a majority culture context is especially significant. This movie inspired me to believe in my calling to lead, pastor, and shepherd a church.

As the children board the train in the North Pole to begin their journey home, they each receive a parting gift in the form of words punched into their train tickets. As Hero Girl steps up, the conductor uses an imperative verb to give her a command, punching L-E-A-D onto her ticket. He tells her, “Lead, as in leading others, leader, leadership….I’ll follow you anywhere, ma’am.”

It’s not a question or a suggestion, but rather an encouragement to be who she is. Essentially he says to her, “I command you to take your place and lead, no longer being unsure of your gifts or abilities.” This adventure has been an opportunity for Hero Girl to exercise the gift of who she is—a leader. The conductor encourages her to live and walk in that gift, to be that gift. He declares over her, “You shall lead.”

I heard those words being spoken to me as well. I was being encouraged to bypass the internal and external voices that would relegate me to subordinate positions where the fullness of my leadership abilities would not be given space to emerge.

The train conductor’s final words are, “One thing about trains, it doesn’t matter where they’re going. What matters is deciding to get on.” Leadership is daunting—you can never be certain about what you are leading others into. But the mystery of the journey is part of what drives the train forward. I’ve chosen to get on board with who I am and who God has called and shaped me to be. 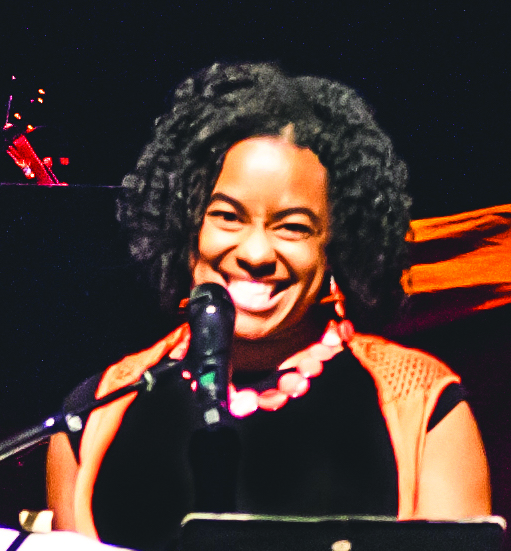 Ramelia Williams is lead pastor and church planter of New Creation Covenant Church in Chicago. She recently emerged from running retirement to participate in her sixth marathon.