ANCHORAGE, AK (November 30, 2018) – The 7.0 magnitude earthquake that caused heavy damage in the city and surrounding areas frightened Covenanters who felt its power. 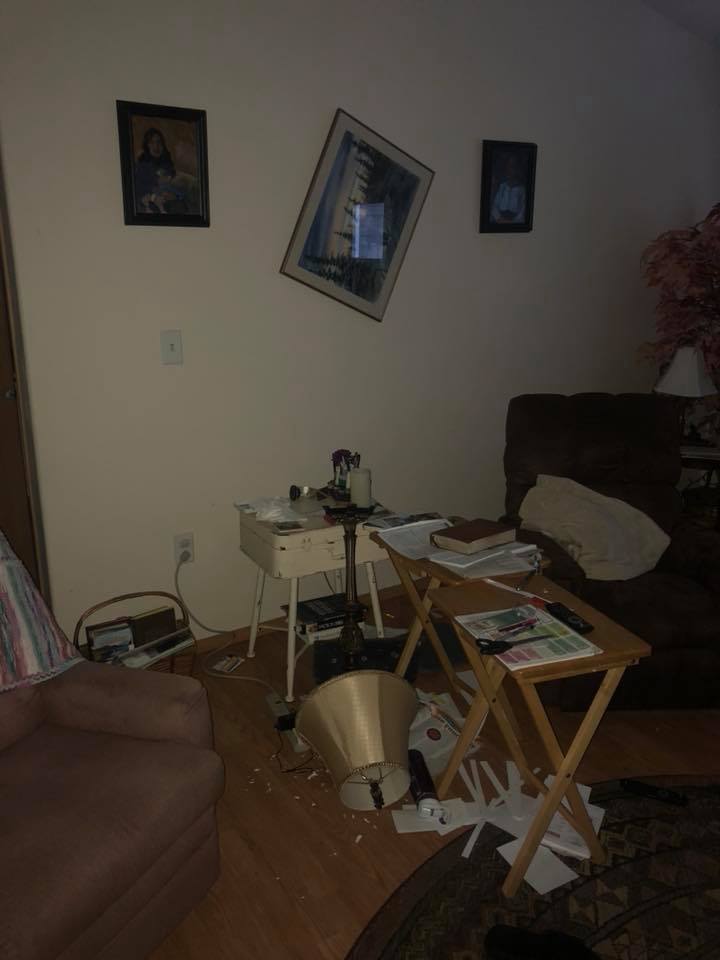 The earthquake knocked items of the wall and tables at James Barefoot’s house.

James Barefoot was standing in a commercial building at 8:30 this morning that “felt like it was coming down.”

Jeff Erickson of Unalakleet was getting ready to have breakfast at an Anchorage hotel when the building began to shake. “There was a rumble that went on and on, and the building was rocking enough that you had to hold something to stand.”

Erickson was there with two volleyball teams that had traveled to participate in the state tournament. “There wasn’t panic, but people moved quick to exit the building, and our village kids were pretty “shook up,” he said.

Aftershocks that officials said were as strong as 5.8 magnitude have continued throughout the day. Barefoot, who is the Alaska Conference associate superintendent, had just pulled into his driveway in Wasilla, when one of the aftershocks hit and caused his car to rock back and forth.

Covenanter Sarah Shepard-Scoles posted on her Facebook page right after the quake, “O dear God in Heaven! That is the worst earthquake I’ve ever felt.”

Ivanoff said all of the Covenant pastors in the area reported that their buildings were safe. One Covenant pastor’s family suffered a gas leak at their house, and a wall at the Mat-Su Covenant Church was cracked.

According to local and state officials, there have been no reported major injuries, but the violent earthquake caused severe structural damage to many buildings and major roadways.