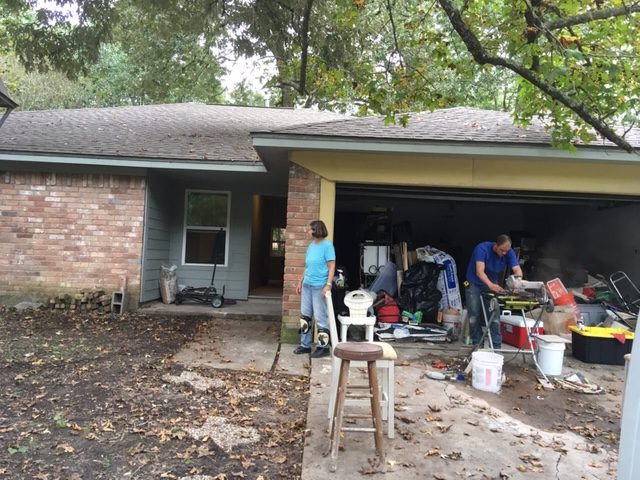 A small group is going to the area February 10-23, 2019. “They would appreciate more individual participants in their rebuilding projects anytime during that period,” Lusk says. Other dates are available for teams through the spring. Merge is partnering with World Renew to work on the rebuilding projects. Teams will work in Dickinson and stay in Houston at Kingdom City, a Covenant partnership in Houston.

Karen Soderberg of Zion Covenant Church in Jamestown, New York, wrote that the team from her church was surprised at what small things could bring joy to people.

“One very blessed memory is that of Katie, the home owner, being very touched that she could finally hang up her clothes in the closet because the floor had been laid and a bar had been installed,” Soderberg said. The woman told the groups that she finally felt at home after two years. Her home had been flooded twice in two years.

Merge also is seeking teams to travel to New Bern, North Carolina. One team, which is traveling January 16-31, 2019, is inviting others to join them. Work teams are being sought for other weeks, as well.

Interested participants should email dale.lusk@covchurch.org, or call (956) 458-9568 for registration forms.