CHICAGO, IL (August 22, 2014) — Many Covenanters routinely share links to social media articles and videos with one another that Covenant News Service believes may be of interest to others. Each Friday we post five of them. Following is a sample of those submissions—their inclusion does not represent an endorsement of any views expressed. 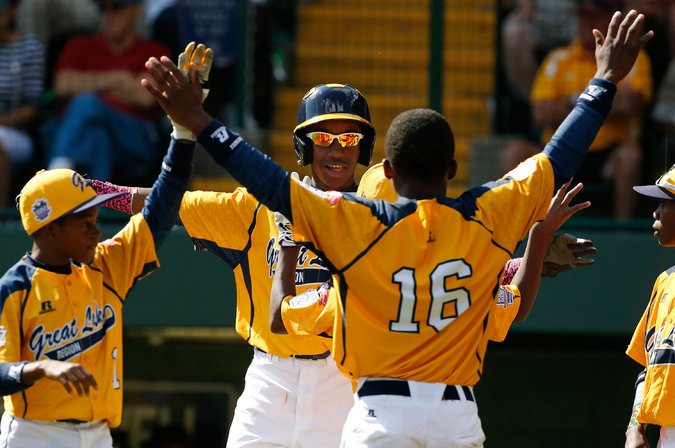 Jackie Robinson West at Little League World Series Inspires City, Nation.
Many of the Chicago murders you hear ticked off with such regularity largely occur in specific neighborhoods, including where the players on Jackie Robinson West Little League team live. Last night they advanced to the Little League World Series U.S. title game, doing it with teamwork and class. A win on Saturday will earn them a spot in Sunday’s championship game. Their journey to the title game reminds us that there are plenty of positive things happening in our nation’s inner cities.

This 99-Year-Old Woman Makes a New Dress Every Single Day for a Child in Need.
Lillian Weber has sewn more than 840 dresses for the nonprofit Little Dresses for Africa, a Christian nonprofit that has distributed more than 2.5 million dresses to 47 countries in Africa as well as elsewhere in the world such as Thailand and Mexico. She plans to continue sewing when she turns 100 and hopes to reach 1,000 dresses. And then keep going.

Why Do We Forget Names as Soon as We Meet People?
Many people have told me this is an article I need to read. I just can’t remember who they are.

Atheist Richard Dawkins: Immoral to Bring Children with Down Syndrome into World.
Every time a prominent fundamentalist Christian—you can insert name here—says or does something stupid, it gets widely reported with the implication that all Christians with any hint of conservative leanings thinks the same way. What if the same standard were applied to every atheist who subscribes to the same beliefs espoused by the author of The God Delusion?

Four Unexpected Benefits of a Small Church.
Small really can be beautiful.