PORTLAND, OR (February 18, 2014) — Editor’s note: From time to time, we come across articles in church newsletters, individual blogs, and other media that we believe may interest our readers. Jelani Greenidge is interim worship leader at Kaleo Covenant Church in Beaverton, Oregon, and a regular columnist for the Covenant Companion. 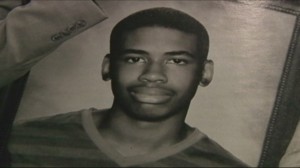 So, in light of the Michael Dunn verdicts—several guilty counts of attempted murder, but a hung jury on the count of murder in the first degree—there is a resurgence of conversation on social media about the ways in which the criminal justice systems, particularly in the state of Florida, are heavily biased against young black men.

In particular, I’ve seen scores of black people lamenting this disparity, usually with some emotional combination of sadness, anger, or, most common, a detached bitter sense of resignation.

And in response, when discussing the particulars of the case, I’ve seen several white people say things like, “Well, I just don’t think it should be about race,” or “Skin color has nothing to do with it,” or something along those lines. It’s not that they’re defending Michael Dunn’s (or before him, George Zimmerman’s) actions, but they’re saying, “It’s just a tragic situation, period, and race shouldn’t factor into it.”

It always hurts for me to read or hear comments like that. Every. Single. Time.

You know why? Here’s why.

Because in principle I agree with you, but that ship sailed a long time ago.

Like, literally. Centuries ago, ships carrying African slaves to this continent started a foundation of forced labor and systemic disenfranchisement, and ever since, people with brown skin and a cultural connection to the African American experience, no matter how tenuous, have faced an uphill struggle to receive the same benefits and fair treatment as whites.

I know that’s not exactly news, but when you say you don’t want to talk about race, you are, intentionally or not, implying that this history is irrelevant to the current state of affairs. This is not only logically inconsistent, but from my vantage point, personally offensive. Not that I feel offended every single time… usually, I’m able to brush it off because I get that it’s not being said with malicious intent.

But it’s still painful. It’s a micro-aggression that I choose not to respond to most of the time because it’s usually said by someone with whom I don’t share a particularly close relationship, and sometimes it’s not worth the time and effort to sort through these things.

But I’m writing this now just to give you, my unspecified but more-than-hypothetical mutual white friend, a bit of insight regarding how this comment might look to someone on the other side of this particular privilege axis.

When you say or type, “Why do we have to make this about race?” this is what we read or hear:

Why are you bringing up this confusing and painful situation? I don’t mind talking about current events, but you’re bringing up an area where I feel like I’m at a disadvantage as a white person, and rather than take the time to deal with whatever layer of privilege I may walk in, I’d much prefer to skirt the issue altogether and protect the illusion I’ve been harboring that my accomplishments are all solely the result of my hard work. So stop talking about race because it makes me uncomfortable.

I’m sure you don’t mean to say all of that, but that’s how it can come across.

You know what makes me uncomfortable? The idea that I might get shot at a gas station if I’m listening to Lecrae, Trip Lee, or any other artist that sounds like someone else’s idea of “thug music.” (By the way, those artists are Christians. They are not thugs, by any stretch of a definition. But you won’t know that if you don’t actually pay attention to what’s being said in the music.)

When we’re talking about a systemic racial bias that subtly provides a veneer of legal justification for the targeting—not just figurative, but actual, literal targeting—of young black males by gun-carrying white people, and you say, “Let’s not bring race into this,” what you’re unintentionally declaring is that your desire to be comfortable in the conversation is more important than our desire to not get shot.

Again… you might not be trying to say this, but that’s how it can come across.

So perhaps there are different phrases you could use to communicate the sentiment? Perhaps you could try this one on:

It saddens me that there is still so much racial division in this country, and I wish things were different.

See? I can TOTALLY give an amen and a high-five to that. Feel free to copy-and-paste that one into your Facebook conversations, whenever you feel the urge to say that race shouldn’t be in the conversation.

Or, if you want to go with a lighter touch, feel free to use Seinfeld’s “look to the cookie.”