CHICAGO, IL (November 27, 2013) — Editor’s note: The following reflection was written by Cathy Norman Peterson, features editor for the Covenant Companion, and appears in the December issue of the magazine.

It’s Advent, our season to reflect on the coming of Christ and his coming again and the hope that should inspire. But in truth, it serves to point out how much time we spend waiting. The analogy of pregnancy is familiar here—that long wait for something wonderful an apt metaphor for our anticipation of Christ. Yet our own experiences of waiting are often much more complicated. What about the seasons of longing for a pregnancy, for meaningful work, for healing? 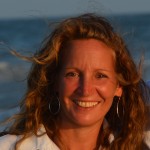 When my husband and I had been dating about a year we hit a particularly rocky patch. He didn’t know what he wanted out of life and the relationship, and in his uncertainty became detached and we grew distant. I kept waiting for him to come around, but the days turned into weeks and months with no change. Finally I realized that our treading water was making things worse for both of us, so I made the painful decision to break it off.

In the midst of that separation, Kurt’s older brother called me one morning completely out of the blue. Dwight and I barely knew each other—we’d met once briefly at a restaurant and had never spoken on the phone. What I did know was that Kurt respected and loved him more than almost anyone else on earth, so I was more than a little apprehensive when he called.

It turned out he wanted to tell me that whatever happened on Kurt’s end, he was rooting for me and hoped I would be part of the family someday. 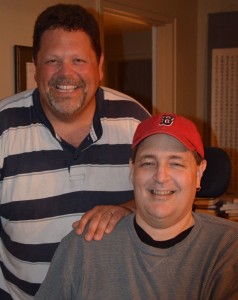 I was caught off guard to say the least. An unexpected balm in the midst of my own uncertainty, his words were a generous gift of welcome. For more than twenty years I have remembered that phone call as a striking example of risky love. Kurt and I made our way through that difficult chapter, and I never asked Dwight why he had made such an intentional effort to invite me in.

Seventeen months ago Dwight entered hospice care at the age of fifty-one. He’d been living with paraplegia since 1979, and the deterioration and infection of his hips and pelvis had become untreatable. Although we knew that decades of living in a wheelchair were hardly a recipe for a long life, the news left us all grief-stricken.

In the midst of the family’s sadness, I had my own specific sorrow. Over the years, that potential connection between Dwight and me had somehow withered away. We were congenial enough, but we’d never developed our own friendship. While I knew that the worst pain of saying goodbye to him belonged to his immediate family, I could not get past my personal feelings of deep regret and loss.

So last year we entered Advent in a terrible season of waiting for Dwight to die. No hopeful anticipation, our waiting was a weight of sadness, an uncertainty that infused every conversation. It was the tension within which we tried to hold our plans, adding, “if Dwight is here” to every sentence about the future.

And because the family was scattered around the country, we were not waiting together. Friends tried to be supportive and understanding but often had no idea what to do. We knew their tentativeness stemmed from compassion and concern, yet it was an isolating way to wait.

A year and a half later, to everyone’s utter surprise and gratitude, Dwight is still here. He wasn’t supposed to be. But somehow the infections have remained at bay. We are thankful for every extra day and week and month we get to spend together, and we travel hundreds of miles to see him every chance we get.

Yet it has been a strange and elongated season of waiting. We struggle to find ways to remain present in this place, not knowing when or how we will have to say goodbye. While we gratefully receive this gift of extra time, the tension of waiting, of being partly on hold for months on end, requires sustained effort. It’s definitely not the romance of an idealized pregnancy.

One of the lectionary readings this month is from Isaiah: “Then the eyes of the blind shall be opened, and the ears of the deaf unstopped; then the lame shall leap like a deer, and the tongue of the speechless sing for joy. For waters shall break forth in the wilderness, and streams in the desert; the burning sand shall become a pool, and the thirsty ground springs of water” (35:5-7). Those words depict a longing that bursts forth into joy. They remind us that we don’t just wait in an existential abyss; we wait for something, for Someone.

In truth, we are always waiting or Christ—and not just during Advent. Our longings, so often caught up in the everydayness of life, remind us that we are created to find our rest and our hope in him. Yet in the ordinariness of our days we are prone to forget that.

And so we practice. We try to ask our boys at dinner where they saw God during the day. Sometimes they feel bad because they haven’t even thought to look for him. And then my son says hesitantly that maybe he saw God in choir practice, articulating in his eleven-year-old way that music fills his soul with glory. Suddenly in the middle of our frenzied weeknight, Christ infuses our midst.

The exercise of looking for Christ amid a terrible waiting produces its own tentative efforts. Most of my praying lately is more like yelling at God, and it doesn’t involve very churchly words. Yet when I try to notice where God might be present in our journey with Dwight, I recognize that I have received my own wild gifts of grace.

My grief surrounding the time I’d lost or wasted with Dwight was pressing down on me, but I knew our visits with him were not really about me or what I needed. So we traveled back and forth to Philadelphia and sat together and watched football and M*A*S*H and talked. Then at the end of one visit as we were saying goodbye, Dwight said to me, “Hey, it feels like we’re becoming friends. Aren’t we?”

How could he have known that was the one thing I needed to hear? Yes, I answered, but my heart was bursting. I hadn’t dared to pray about this longing, so small it seemed in the larger story. What an extraordinary gift—surely evidence of Christ’s presence.

So we enter Advent together, some of us with joyful anticipation—and some carrying heavier burdens. Together we are waiting, but indeed Christ has already come.

To read a selection of articles from the Covenant Companion or to order a subscription, click here.